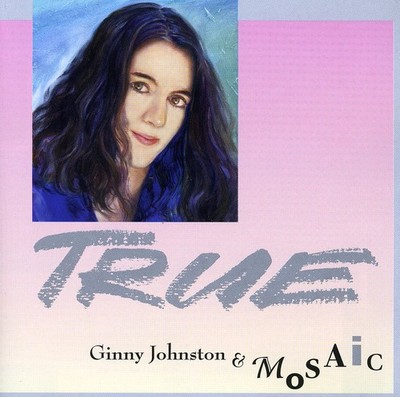 '...Ginny Johnston would certainly be a welcome addition to any Lillith Fair concert...lots of unexpected chord changes, quirky rhythms and small gems of musical changes. Her band, Mosaic...plays with perfect sensitivity, turning every track into an enchantment.' - Richard Isen, Musicians on the Internet 'Original folk rock, driven by Ginny Johnston's powerful lyrics and haunting voice. Mosaic's unique sound comes from it's experimental approach to creating new music in semi-traditional forms. This can be heard in the unusual combinations of instruments (...everything from piano, clarinet and viola, to dobro and electric guitar), or in the unexpected turns of musical phrase in their melodies.' - maxmusik Ginny Johnston and her band Mosaic fuse the soul of folk music with the rhythms and energy of rock to create a unique contemporary sound featuring original and cover songs. Performing in the New Jersey/New York City area as a solo artist, duo, and with Mosaic since 1993, singer/songwriter Johnston has played in a variety of settings including 'First Night' New Year's celebrations, outdoor events, festivals, coffeehouses, cafes, colleges, cable TV and private events. Her songs have drawn comparisons to such songwriters as Joni Mitchell and Shawn Colvin. She has recently performed on the acclaimed 'Coffee With Conscience' series in New Jersey and opened for folk luminary Oscar Brand. Trained as a classical clarinetist and composer, Johnston's other musical influences include folk and rock music of the early 1970's as well as Broadway and jazz. With a fluent keyboard style and large vocal range, Ginny is as comfortable performing blues as she is ballads. The members of Mosaic are guitarist & banjo player Donald Bowen, percussionist & ethnic drummer Dan DeRienzo, and bassist Bob Funesti.

Here's what you say about
Ginny Johnston - True.