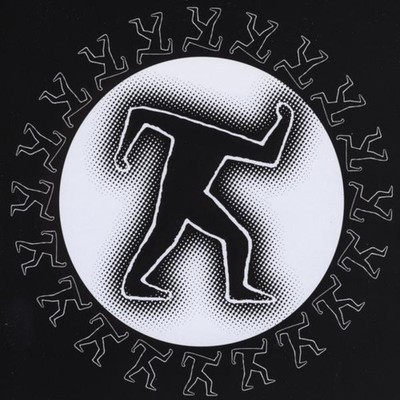 HEADLESS HUMAN CLONES Named after the latest advances in genetic engineering, the ever evolving rock group Headless Human Clones (HHC) formed one steamy summer night in a southeast Portland basement. Evidence examined to date indicates that a spontaneous chemical reaction ocured when two high school chums from New Jersey, songwriter Paolo Weatherbee and veteran blues guitarist Dave Hopkins, joined with West Coast drummer Mike Schmitt and the innovative genius of keyboardist Don Henson. The result was an exciting new rock combination which quickly escaped into the surrounding environment. With edgy, sarcastic lyrics set to upbeat pop tempos, blending sounds from surf to techno, this infectious foursome promptly proceeded to clone fans throughout the Northwest, one obscure venue at a time. As their sound spread, a cult following developed and Headless Human Clones have now been heard world wide from Europe to Australia. Their debut CD, Get In Line (2001), as well as their single release Bushbaby (2003), received international praise, with several cuts breaking the charts on mp3's most popular downloads nationwide. GET IN LINE Get In Line is something of a contradiction. It's enthusiastic, high energy sound is laced with lyrics of social satire and existential angst. The somewhat commercial, formulaic song structures are a vehicle for an experimental quirkiness that is a hybrid of four musicians with very different backgrounds and musical influences. Most of the lyrics and music are written or co-written by bassist and lead vocalist Paolo Weatherbee. His attitude toward pop culture is obviously cynical, yet his songs, on the whole, are convincingly pop. Get In Line has a forlorn, yet comical sense of fate and predestination throughout. The last chorus on the album sums it up, 'Already here, may as well keep going. My fate is sealed whatever I choose. Pick up the pace, pick up the pieces. I know that's not much but that's all I can do.' Headless Human Clones' eclectic sound has been compared to everything from Frank Zappa to U2. Mike Schmitt's percussion style ranges from the tasteful jazz of 'Drive Better' to the pounding metal of 'Already Here'. Henson's keyboards, which include everything from a state-of-the-art Kurzweil to a 70's Radio Shack synth, cross all rock boundaries, with influences ranging from Abba to Brian Eno to Steve Naive. Hopkins' guitar work reminds you at different times of Skunk Baxter, or Pete Townshend, or Dick Dale. Producer John Cluff (Pacific Wonderland, Mission 5, Lew Jones) did marvelous work bringing it all into focus. It all adds up to a thoughtful set of songs that appeal to anyone who appreciates high-tech, original music with a sense of rock history. Whether you relate to tales of love that never was, the cynicism of pop culture, or the life threatening dangers of the daily commute, have an ability to laugh at yourself because there's probably a song here about YOU.