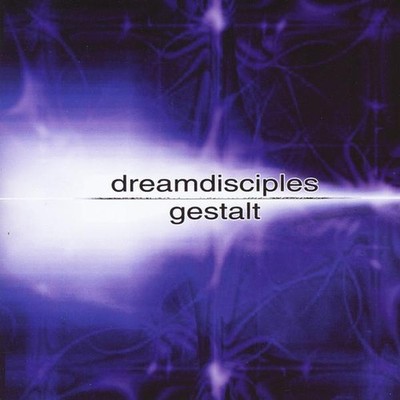 Dream Disciples are now in their 12th year and going strong this live album is feverishly awaited by their legions of U.K. fans, the band have sold over 16,000 albums in their history and with their last release received a 4K in Kerrang, a 8.5 in Terrorizer and a 8/10 in Rocksound with glowing reviews. The live album, 'Gestalt', is the Dream Disciples at the peak of their career. In their natural home, the live environment, they are gigantic and overwhelming. Blu from Starvox writes: Hmm. Perhaps a history lesson first, 'cause I did my homework: In Mick Mercer's Hex Files: the Goth Bible published way back in 1996, he says the UK's Dream Disciples are 'one of the hardest working bands around.' Indeed, by their track record, it appears so having played all over Europe including the UK, Germany, Holland, Switzerland, Italy, Poland, and the Czech Republic. They've released 5 CDs (plus 3 promo versions), and have just completed their sixth - Asphyxia. Ten years and counting they're still in the game -- I could tell you that they played this past April at the Whitby festival and that they are booked to play this coming August 4th at the Euro rock festival in Belgium. I could also mention, that whilst scanning club and radio playlists from Europe, like I often do, there's hardly one that doesn't include a track by The Dream Disciples.

Here's what you say about
Dream Disciples - Gestalt (Live Import).