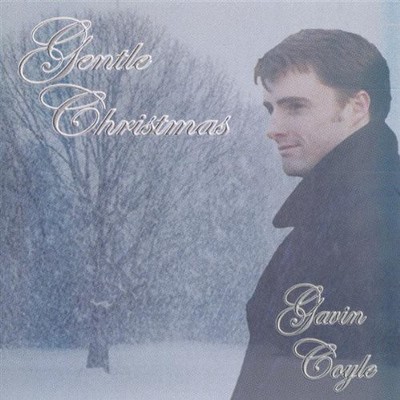 'Wow.....(his singing is) always beautiful, anytime.' Dean Richards, WGN Radio Chicago Gavin Coyle was born in Derry, Northern Ireland. His parents raised him and his four sisters amid the fallout from the troubles including frequent bombings and shootings. Gavin credits his parents with keeping them from harm and encouraging their interest in music. He first came to America when he was 14 years old as part of a peace project involving youths from Northern Ireland. Similar to the Ulster Project, the goal was to help teens from Northern Ireland build friendships that would otherwise not be possible with the social and religious divisions existing at home. He continued his commitment to such peace projects when he joined the Ulster Project in 1992 and came back to the States as a counselor and chaperone. When he returned home, he graduated from St. Mary's College in Belfast in 1994 with a double major in Education and Art. In 1995, he returned to the States and has been here ever since, performing to sold out crowds throughout the area. An accomplished singer and songwriter, Gavin's musical range covers both pop and folk music as well as traditional music from his homeland. His performances often reflect this versatility as he mixes traditional and original compositions. In addition to being an excellent guitarist, he plays several other instruments including the bodhran (an Irish drum) and the flute. Gavin's musical influences are a varied lot: Elvis, Patsy Cline, Beethoven, U2, The Velvet Underground, and John Williams. Gavin started competing as a young boy, winning many local competitions including the Derry Feisanna. At the age of 14 he won the title of All-Ireland Singing Champion. He went on to perform in Andrew Lloyd Webber's Requiem, The Siege Pageant, and Noye's Fludde. He has also performed on the BBC both in Northern Ireland and in England. Locally, in addition to charity concert work, he's been featured on WGN radio, performed at the Milwaukee Irish Fest, and performed the National Anthem several times at Wrigley Field - home of the Chicago Cubs baseball team. Gavin sang the National Anthem and 'God Bless America' at 'A Rally for America'- a fundraiser at Northern Illinois University for Speaker J. Dennis Hastert where Vice President Dick Cheney was the guest speaker. Gavin also sang at the Bipartisan Congressional Prayer Service for the New Congress in Washington D.C. in January of 2005. The Prayer Service was televised on C Span and Gavin was shown on 'World News Tonight with Peter Jennings'. His first CD 'Whisper of the Waves' was released in 1999. 'Half a Chance', was released at the end of 2002 and was produced by Jerry Yester who is a member of The Lovin' Spoonful, a recent Rock and Roll Hall of Fame inductee. His Christmas CD, 'Gentle Christmas' was released in 2004. 'Three' is his latest CD. Gavin lives in the western suburbs of Chicago with his wife and daughters where he performs and teaches music.

Here's what you say about
Gavin Coyle - Gentle Christmas.