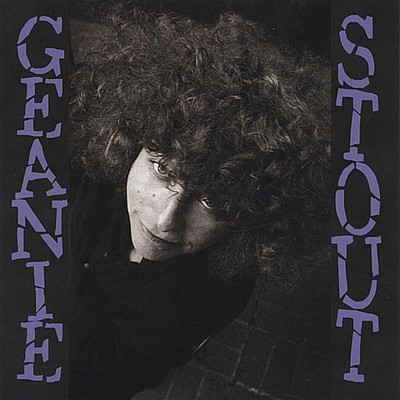 Born in Ft. Worth, Texas; Geanie Stout grew up in East Texas, close to the roots of the blues-jazz tradition which she would come to embrace. Growing up, she learned piano from a teacher with a taste for Jelly Roll Morton and her lessons soon featured classical and blues beside one another. At 20, Geanie moved from Austin to San Francisco, quickly opening for Chick Corea on his "Return to Forever" tour. In the Bay Area, she met up with Michael Bloomfield and Kip Maercklein; the latter of whom would later become her long-time bass player and partner. Though their band would play many stages, their home turf would be the Bull Valley Inn of Port Costa, where Geanie's music would grow and mature. In 1983, she recorded an album at Coast Records, which would be called the Coast Sessions. After over two decades in the Bay Area, Geanie, along with Kip and their son, moved back to Austin. There, Geanie would record music for two feature films and spend time composing and writing new work. The second of the films, "The Land of Shadowed Sand", released in 2007 and was a feature film at the Austin Film Festival. During the twelve years in Texas, she recorded one album in Austin with Castle Recording called 'The October Sessions'. Wylie Maercklein and Adam Shell produced this CD. Then Kip and Geanie recorded the 'GEANIE STOUT' CD in New Orleans, at Piety Studios.The 'GEANIE STOUT'CD was recorded in 2005,with Hart McNee producing and bringing a great group of New Orleans musicians and new friends. Sobel on drums and Will Smith on trumpet to note. The same day that Katrina hit, Geanie was on her way back to California with a case full of new songs. In Sausalito, she began collaborating with Michael Aragon and his jazz band. Their latest CD, recorded in Studio D under the direction of Kip Maercklein and Michael Aragon is "A Life of It's Own." Now Geanie is promoting her CD "Songs For a Blue Opera" also on CD baby .She has written all the songs and this CD is just Geanie at the piano with Joe Hoffman at Hoffman Studios in Occidental,Calif. Joe was a joy to work with on this project. Two New Works In The Works: re-release of 'Lost Coast Recordings' and a new CD 'Duets' will feature many friends such as Noel Jewkes and Hart McNee. We will have the CD 'A Life of it's own' available in stock soon. Geanie can be found in Sausalito,Ca. Or maybe down by the river outside of Austin Tex. Or online. Or in Paris Favorite bar No Name Bar Sausalito Favorite café Piccolo café (Mauro) Another favorite.....Armando's in Martinez Ca.