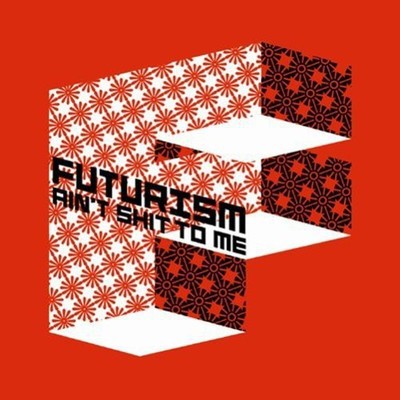 Futurism was an international art movement founded in Italy in 1909. It was (and is) a refreshing contrast to the weepy sentimentalism of Romanticism. The Futurists loved speed, noise, machines, pollution, and cities; they embraced the exciting new world that was then upon them rather than hypocritically enjoying the modern world's comforts while loudly denouncing the forces that made them possible. Fearing and attacking technology has become almost second nature to many people today; the Futurist manifestos show US an alternative philosophy. What have Hip Hop and Futurism in common? If you think of P. Diddy and friends, nothing. The Hip Hop we are talking about is an alternative Hip Hop niche that has developed the last years and has been recently discovered by many electronic labels and producers. Warp, Ninja Tune or Mush started their own 'Alternative' Hip Hop Sublabels (Lex, Big Dada, Dirtyloop). 'Alternative' Hip Hop is playing with powerful & weird noises, groovy beats, strange flows and soft harmonious sounds with dirty industrial elements. Kind of old-school hiphop, electronic minimalistic hiphop, art-noises in the strangest combinations, faraway from all that mainstream stuff in gangsta-style. KYO is trying to provide an insight into this scene that hasn´t become one yet. From electronic producers like Pole, Funkstörung, AGF, or the Dub contangioned Meteorites with their feisty rhymes and Readymade FC (F-Com) who don´t miss out on having a Juice Alleem Remix to already accepted artists like Aesop Rock, Antipop Consortium, Prefuse 73, the musical genius Gonzales or the HipHop-Noise-Terrorists Dälek and acts like the Bench, Dabrye, Dwayne Sodahberk, Shadow Huntaz, Slicker or White Hole. Discover a new scene that is as shiny as the Milky Way and as nebulous as the London fog. Many new tracks, acts and labels to enjoy. Come along on a trip to outta Hip Hop space."