Nezbeat - From the Huge Silence 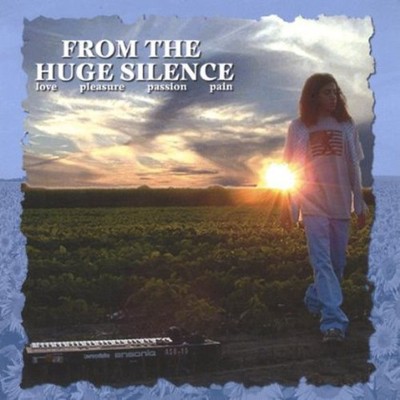 There is truly a strong hip-hop pulse beginning to bubble in Kansas. At the center of all the underground buzz is producer extraordinaire Jeremy Nesbitt (aka Nezbeat). With a rich and valuable foundation already built for him locally, Nez hits the world with his stellar debut album, From The Huge Silence. It's now truly time to wake up and find out what the state of Kansas has to offer. Nez got his start beat making nearly a decade ago and quickly linked up with fellow KS native, I.D., to form Archetype. The duo released their debut disc, Freehand Formula, in 2002 with XLR8R magazine claiming the group the best the Kansas hip hop scene had to offer. In support of their debut album, Archetype rocked stages from coast to coast as a part of the widely acclaimed, Limited Liability Tour withDJ P, Approach, and Mac Lethal. From there, Nez being the workhorse that he is, continued to stay productive in the underground by releasing an extraordinary remix of Approach's track Ultra Proteus on Coup d'Etat and exclusively producing an indie and internet classic with Mac Lethal (9 Situations). All the while, Nez still found time to perfect and finalize his debut record, From The Huge Silence. Praised by Lawrence.com as one of the top ten albums to emerge from the Lawrence and Kansas City area in 2004, 'From the Huge Silence' is jam packed with astounding combinations of styles and amazing collaborations from the likes of Murs, Approach, Mac Lethal, 2x Scribble Jam beatbox champion A-Train, and Deep Thinkers frontman, Brother Of Moses (Coup d'Grace records). In a bold attempt to 'break the silence' of the Kansas hip-hop scene, Nez meshed contemporary hip-hop sounds with all ends of the musical spectrum including jazz, soul, and even indie rock on the standout track 'Fade Away To Silence' featuring Lawrence, KS group, The Capsules and new Mush Records signee, Mad Awkward. Nezbeat has rocked stages with KRS One, The Pharcyde, Mobb Deep, Ming & Fs, Non Phixion, Mac Lethal, Approach, SoundsGood among countless others. Whether 4 years or 4 months old, the material featured on From The Huge Silence does more than showcase the maturing talent of the Kansas hip-hop scene...it solidifies a force to be reckoned with.

Here's what you say about
Nezbeat - From the Huge Silence.