Chris Torres - From the Cranberry Sun 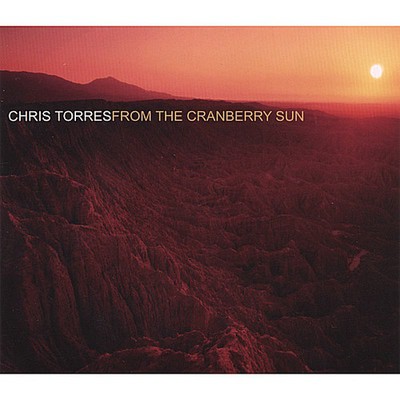 Singer/songwriter Chris Torres is a soulful musician built from the heart out. A native of Southern California, Torres started his musical career early. While most kids his age were still working with finger-paints, Torres was drumming like a madman at backyard parties and local clubs in the Torres Family Band. At the age of 7, Torres busted out his gig money to take home a beat-up classical nylon he met at a swap meet. It turned out to be a good investment. He recorded his first songwriting credit, "Don't Break My Heart," at Belly Up Recording Studio in Solana Beach, and started his solo career shortly after. He cut his teeth in San Diego throughout the 1990s, playing clubs from Pacific Beach to Carlsbad. He put out his first demo, an 8-song, all-originals cassette, by the time he was 14. Torres thrives on the energy of live audiences, mixing early influences from Santana and Neil Young to Bob Marley and Sly and the Family Stone. But early on, he found a sound all his own, and he's never looked back. Torres has built a taste for larger crowds. He played the festival and side-stage circuit, earning local TV and radio support for his 10-song recording "Signs of Hope" in 2002. On the heels of "Hope," Torres set off on a new spiritual journey, writing, performing, arranging and recording with like minds. The soulful result is 2005's "From the Cranberry Sun," recorded in San Diego and San Francisco. As an arranger, Torres melds the raw classic-rock materials of his youth with modern impressions. From arrangement to production, songwriting to performance, he blends candor with imagination to produce a spiritual feast of freedom and optimism. Torres has shared the bill with musicians Jack Johnson, Nickel Creek, Jon Foreman and Buddy Miles, and he's just getting started. Torres is glad to be out of the studio and back on stage, where he looks for faces to connect with, bodies to move and hearts to heal and be healed by.

Here's what you say about
Chris Torres - From the Cranberry Sun.