Mad & Eddie Duran - From Here to the Moon 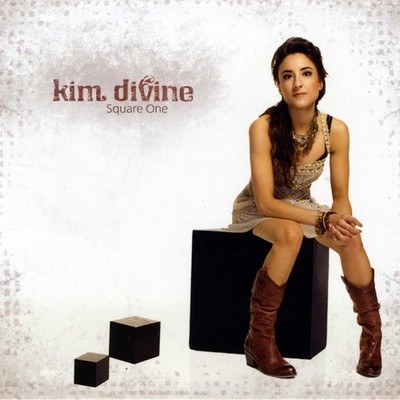 A luscious selection of Latin and bebop, standards and originals, from a pair of seasoned West Coast jazz masters. Winter '84. A bitterly cold night in Paris, icy sleet and cutting wind. A friend and I slogged up to Montmartre, not knowing what we sought, short on cash and cursing the cold. The deserted, windswept Place at the summit convinced us we were crazy to be there. Then, as we headed back down, we passed a tiny tavern that projected warmth, good cheer, and a rolling jazz base line. We walked into a world of finger-poppin' bebop, foot-tapping Latin jazz, a roaring fire, and great company. 'From Here to the Moon,' San Francisco-based husband-and-wife combo Mad and Eddie Duran's breakout album, takes me right back to that little club. To be sure, the musicianship here is in a different league from that of the impromptu trio that kept us smiling all evening in Montmartre. But there's the same sense of warm intimacy, shared fun, and pure enjoyment of the dynamic and emotional possibilities of jazz. Eddie Duran just gets better and better. This underappreciated guitar master has been around a while, and he's constantly expanding his horizons and honing his skills. Here, the fruits of his exploration of things Latin quickly become evident, especially in such original compositions as the title tune and 'Quesadillas,' co-written with Mad, who damn near sets her flute on fire on the irresistible, salsa-flavored cut. Speaking of Mad Duran, her tenor sax work throughout the record is just as engrossing and satisfying. Her sassy, whimsical turn on the destined-to-be-a-classic 'Favorite Things/Take Five' medley bounces deliciously along over Eddie's lush rhythm chording. And when she explores more muted emotional terrain, as in Cole Porter's 'Everything I Love,' she can express a tenderness and precision that evokes Chet Baker - a perfect foil for Eddie's blistering, Django-twisting solo. Mad and Eddie Duran combine consummate musicianship with an infectious sense of pleasure in the music itself. Warm and inviting as a friendly tavern on a winter's night, 'From Here to the Moon' will stay on your heavy rotation list for a long time to come. Read what the critics are saying: 'Eddie Duran's lack of acclain is damn near criminal. My Favoroite Things/Take 5 flawed only by the fact it isn't twenty minutes long'.- Dave McFresh, Cadence Magazine 'His soloing is inflected with wit and, especially in the Latin pieces, irresistible swing. Mad has substantial traces of Getz and Mobley but a distinct personality. This album wears well. Mad Duran is a find'. -Doug Ramsey, Jazz Times 'something equivalent to a big-band ensemble sound' Johnny Adams, The Monterey County Post 'Madaline Duran, a superb Stan Getz' - Lee Hildebrand, East Bay Express 'the 5/4 version of My Favorite Things which segueways naturally into Take Five. Duran's solo on this medley, is drenched in reverb and has an Eastern flavor with Gabor Szabo like drones and bends.' - Adrian Ingram, Just Jazz Guitar ..but gender is soon set aside in the face of her cool sounding improvisations...she takes- and deserves-the spotlight, moving easily from elegant soprano and smooth-toned tenor to occasional stints on flute, with Duran's guitar providing warm support. An enticing debut outing. -D.H, Los Angeles Times 'Palpable emotional and musical chemistry...a warm, glowing core' -Derk Richardson, San Francisco Bay Guardian ' I highly recommend From Here To The Moon as one of those CDs you simply leave on top of the CD player. You won't put it away, you listen to it everyday.' - Dan Neel, North Beach Now '...Mad's playing, guided by Eddie's guitar (and his decades of experience), is wonderful - she has absorbed Eddie's eclectic taste, for swing, bop and latin.' - Phillip Elwood, San Francisco Examiner.

Here's what you say about
Mad & Eddie Duran - From Here to the Moon.