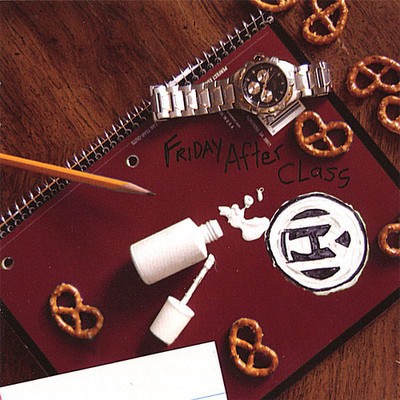 Founded in 1997, the MadHatters are the first and the premier men's a cappella group at the University of Wisconsin - Madison. From the woodworks of the choral department, UW students Chris Yahng and Chad Musolf brought together a group of guys interested in acting like goofs, making good music, and giving something back to the community. Since their humble beginnings the MadHatters have seen their fan base explode on campus, selling out their 2002 spring concert at the historic Orpheum Theatre on State Street and performing at the acclaimed UW Varsity Band Concert in April of 2002 in addition to their regular performances at hospitals, senior homes, various schools, and community events. Word of this talented group from Wisconsin has even begun to spread nationwide since the release of State Street, the MadHatters' award-winning debut CD recorded along with the UW's premier women's a cappella group, Tangled up in Blue. Both the MadHatters and Tangled up in Blue were honored when each group had a track from the CD selected to appear on the 2002 Best of College A Cappella CD. This widespread publicity helped the MadHatters to take their first ever concert tour. In January of 2003 the group traveled to the East Coast performing at Harvard University and in New York City. In the fall of 2003 the MadHatters released their second album, a live CD of their sold out 2003 spring concert at the Orpheum, entitled No Jacket Required. In January of 2004, the MadHatters took their second major tour, a 5300 mile journey to the west coast, stopping and performing in Denver, Las Vegas, San Diego, the beaches of Orange County, Los Angeles, Hollywood, San Luis Obispo, and San Francisco. In February of last year, the MadHatters were selected to compete in the ICCA collegiate a cappella contest for the first time! In April, not even a small fire in the theatre the morning of their first performance could stop the group from seeing their largest turnout yet for back to back shows at the Orpheum. The group sang the National Anthem for more than 41,000 people at Miller Park for a Brewers/Cubs game on August 17, 2004. On November 10, the MadHatters performed at the brand-new Overture Hall and sold out the show, filling the house to it's 2,251 person capacity. Also in November, the group began recording their second studio album, the recently released, Friday After Class. The 2004 Fall semester wrapped up with the group receiving the UW Student Organization Office's 'Outstanding Achievement Award' for for their hard work, dedication, and contributions to the school and community throughout the semester. In April, the group received a second award from the Student Organization Office, the annual 'Outstanding Contribution to Campus' award. The MadHatters also were recently awarded a track on the first annual CAMO best of college a cappella CD! In April 2005, the group released their long-awaited studio followup to State Street, entitled Friday After Class. One year later, in April 2006, the group returned to the Overture Center for their largest concert series yet, 2 nights at Overture Hall!

Here's what you say about
University of Wisconsin Madhatters - Friday After Class.