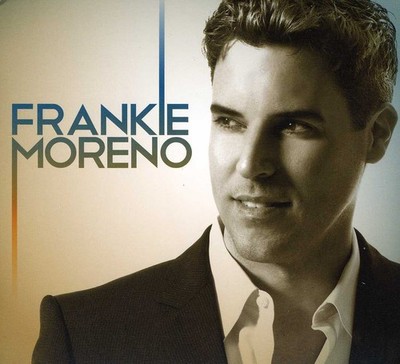 To many, the name Frankie Moreno has been a staple in their music catalogue for years. To others, it is virtually brand new. Frankie started as a child prodigy pianist, and was first introduced to American audiences at the age of ten with his debut on CBS's Star Search. Now, named Headliner of the Year in Las Vegas, making national television appearances, and releasing his new self-titled album, Frankie is capturing the attention of millions and leaving an impression that will not soon fade. Frankie Moreno - the album, experiments with a new direction, thanks, in part, to collaborating with Producer, Engineer, and guitar legend Pat Thrall (Katy Perry, Christina Aguilera, Beyoncé, Justin Beiber). Once the songs were recorded and mixed, they were sent off for mastering by Howie Weinberg (Tom Waits, Wilco, The Killers, Nirvana). "The creation of every song began with me and my brothers Tony and Ricky traveling around the world to find different influences to put into our music" Frankie says. "We would find cool spots where interesting things took place, sit there with a guitar and just write. Then, we took these ideas into the studio with Pat and would mess with the sonic sound of each one." Frankie's last collaboration for SONY Records with world-renowned violinist Joshua Bell reached the #1 slot on the Billboard Charts in two categories. Other artists included on this album were Sting, Josh Groben, Chris Botti, Kristin Chenoweth, and Regina Spektor. Together they filmed 'Great Performances, Live at Lincoln Center' for PBS. After a nation-wide tour with CMA Award and Grammy nominee Billy Currington, co-headlining with SugarLand, Frankie joined multi-platinum artists Air Supply for their world tour. He wrote their latest radio single "Dance With Me" which reached Billboards Top 40. He then began to focus on his own album, and he and his brothers started the process. "With this record, we brought in the elements we love from all different genres. I've had the opportunity to be involved in so many styles of music, and wanted to infuse a little of each. I'm a huge fan of classical music, so we incorporated strings, and went with more of a purist approach. Country music has always been awesome for it's stories, and lyrics are so important to us. We kept the melodies identifiable and made the arrangements very pop and rhythmic. Basically, we tried to capture what the listener might already be thinking, and just play that back to them", Frankie says. Frankie Moreno is commanding audiences everywhere with his highly contagious music and playful stage antics. His songs are brilliantly crafted and his musicianship is virtuoso. His humor and personality sometimes mask the fact that he's playing what nobody else can. He is unquestionably an extremely unique artist and an all around talent who puts his heart and soul into his music.