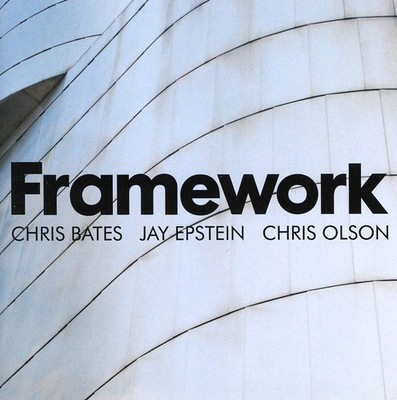 "Three of the Twin Cities' most creative musicians join forces for an exciting set of modern jazz!" - Andrea Canter, Jazz Police. Christopher Olson has been active on the Twin Cities music scene for well over a decade, performing jazz, classical, rock, pop, and country music with dozens of local, and a few national, musicians. His album credits include the CD In The Meantime by the quartet, Maintime. A respected educator at McNally Smith College of Music in St. Paul, MN and the Shell Lake Arts Center in Shell Lake, WI, Chris has served on the resource team for the Minnesota chapter of the International Association of Jazz Educators, and is a board member with the Minnesota Guitar Society. He has also been a featured performer and clinician at camps and festivals from Green Bay, Wisconsin to Cordoba, Argentina. Chris Bates, with his brother, drummer JT, grew up with jazz, sons of trumpeter/bandleader Don Bates. Chris began bass lessons in 4th grade and progressed to jazz studies at the University of Wisconsin-Eau Claire before returning to the Twin Cities to study with Anthony Cox. A member of the original Motion Poets, Chris has focused more on composing (he was a 1999 McKnight Composer Fellow) and playing regularly with the Kelly Rossum Quartet, Low Blows, Red Planet, and How Birds Work in addition to Framework, and is often on the bandstand for local and visiting artists like Mose Allison. He's also a busy performer during the annual Minnesota Sur Seine Festival. Of trapset master Jay Epstein, Cadence Magazine's David Lewis noted that "his dazzling cymbal and snare work extends the lineage of Tony Williams and Jack DeJohnette." He studied polyrhythmic concepts in Manhattan with Barry Altschul, the drummer in Chick Corea's Circle. He's lived in Los Angeles, Oklahoma City, Miami, Minneapolis, and played in house bands for 5 years on several cruise ships for Carnival and Royal Caribbean Cruise Lines. His own CD 'Long Ago' featuring Anthony Cox on bass & Bill Carrothers on piano, has garnered luminous reviews in the national press.He frequently tours Europe with Carrothers. Some of the notable artists he has performed with include Barney Kessel, Roseanna Vitro, Manfredo Fest, Sheila Jordan, Terry Gibbs, Gary Foster, Kim Richmond, Vinny Golia, JoAnne Brackeen, Ernie Watts, Karrin Allyson, Kenny Werner, Howard Levy, Toots Thielmans, Avashai Cohen, and Sarah Vaughan.