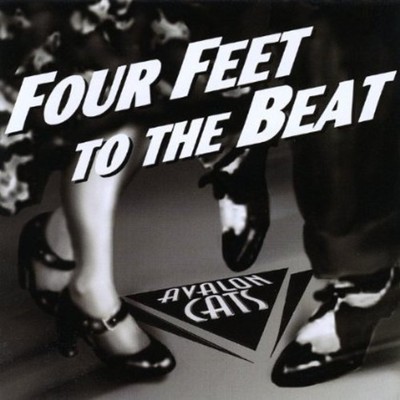 Band Leader and Drummer, Tom Campbell has been leading groups since 1967. In 1998, he decided to create something musically unique. He wanted a group to perform music that had audience appeal, was dancable, and that no one else was doing. To help realize this goal, he commissioned one-of-a-kind arrangements of the music from the Great American Songbook of the 30's, 40's and 50's. Coupled with world class musicians with great jazz improvisational chops and tight ensemble playing skills, this group became known as the Avalon Cats. In a very short period of time, these seven musicians and their female vocalist, have performed several outdoor Concerts in the Park, Corporate events, and at major Jazz Festivals including The Sacramento Jazz Jubilee (twice), The Great Connecticut Jazz Festival, The Orange County Classic Jazz Festival, The Big Bear Festival of Jazz, Jazz in the Olympics and the Glendale Jazz Festival. In late 2000, the band released the critically acclaimed debut CD album, Four Feet to the Beat. It's been played nationally on jazz radio stations from Connecticut to California. The reason that this band could make the leap to major jazz festivals in less than twenty months of forming, were the musician stars in the line-up. Saxophonist and Arranger, Rusty Higgins is a Grammy Awarding winning Producer for the best jazz album of 2000, the Bob Florence Limited Edition. Rusty has been with Les Brown and the Band of Renown for 25 years and conducts nationally known orchestras for artist Toni Tennille. Rusty, along with the other members of the band, have performed in the orchestras of the greatest entertainers of the last half century, including Frank Sinatra, Mel Torme, Tony Bennett, Barbra Streisand, Stan Kenton, Quincy Jones, Elvis Presley, Ella Fitzgerald, Sarah Vaughn, Les Brown Orchestra and Bob Hope, the Percy Faith Orchestra, Pat Boone, Peggy Lee, Henry Mancini, Louis Bellson, Nelson Riddle, the Tonight Show Orchestra with Doc Severinson, Ray Charles, Dionne Warwick, Steve Allen, Sammy Davis, Jr., Rosemary Clooney, the Maynard Fergueson Orchestra, the Woody Herman Orchestra, Joe Williams, Ernie Andrews, Anita O'Day, Horace Silver, Count Basie Orchestra and pop groups, Righteous Brothers, Blood, Sweat and Tears, the Supremes, the Temptations, the Platters, the Mills Brothers, The Captain and Tennille, Three Dog Night, Barry Manilow and over a 150 other artists and groups. This high-octane ensemble consists of Trumpet, Saxophone, Trombone, Guitar, Bass, Piano, Drums and Vocalist. They perform wonderful standards and energized swing dance songs that will forever be in the hearts and minds of dancers and listeners alike. Take a listen to the sample tracks.

Here's what you say about
Avalon Cats - Four Feet to the Beat.