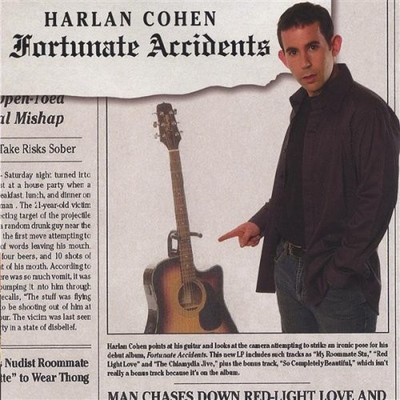 Harlan is one of the youngest and only male syndicated advice columnists around. His Help Me, Harlan! Column can be read by over 4 million readers weekly appearing in such newspapers as The Dallas Morning News, the Seattle Times, the Pittsburgh Post Gazette, the St. Paul Pioneer Press, South Florida's Sun-Sentinel, and many other local daily and college newspapers. His writing has also appeared in The Wall Street Journal Classroom Edition, the Chicago Tribune, Chicken Soup for The Teenage Soul III, and many other publications. His insight and wisdom has been featured in The New York Times, Psychology Today, Details magazine, Seventeen Magazine, and Teen People. He is the founder of Rejection Awareness Week and the president of The International Rejection/Risk-Taking Project. He is also a speaker who has visited over 300 college campuses. He is the author of the books, The Naked Roommate: And 107 Other Issue You Might Run Into in College (March 2005, Sourcebooks) and Campus Life Exposed: Advice from the Inside. And he is a musician who has just released his first album, Fortunate Accidents, a live studio recording of all original music. He resides in Chicago, IL with his wife, a puppy, and quadruplets. Actually, there are no quadruplets, just triplets (no, that's a lie too). No kids right now, but in the next 20 years it's possible...

Here's what you say about
Harlan Cohen - Fortunate Accidents.