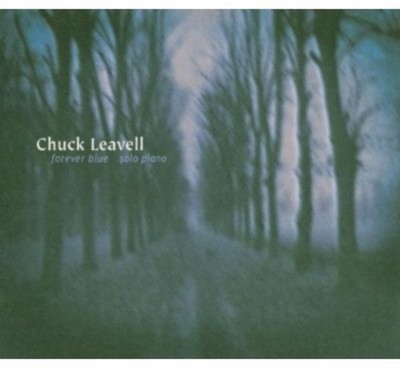 Chuck Leavell has been ticking the ivories and the ears of his many fans for over 30 years now. Growing up in Alabama and listening to blues, gospel, r& b, country and rock & roll in his early years, and a relentless pursuit to be the best have led him to play with many legendary artists during his career. His brilliant Christmas album, What's in the Bag?, has been heralded as being one of the best holiday releases in a decade. In this new offering, Forever Blue, Leavell bears his soul to the world with his first extraordinary solo piano work. Ranging from the melodic and introspective to gospel, blues and barrelhouse boogie, Chuck takes you into another state of mind with his fingers. In this 10-song journey, seven are Leavell compositions, and three are interpretations of classics. The project is dedicated to the trees that his grand piano is made from and the craftsmen that shape wood into so many useful and beautiful things, and pays homage to the instrument that he loves so much and plays so well. Chuck Leavell has recorded, toured or played with: Aretha Franklin, George Harrison, Blues Traveller, The Black Crowes, The Fabulous Thunderbirds, The Indigo Girls, Chuck Berry, Seal, Rod Stewart, John Hyatt, Richard Ashcroft, Train, Chakka Kahn, K.D. Lang, Jon Bon Jovi, and many, many more. Other Credits include: *Seven Rolling Stones albums and five world tours *Three Eric Clapton albums, including the multi-platinum Grammy Award winning Unplugged album, and two world tours *Five albums and multiple tours with The Allman Brothers Band.

Here's what you say about
Chuck Leavell - Forever Blue.