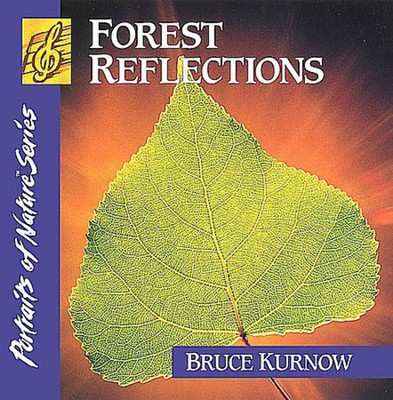 Bruce Kurnow, currently residing in the San Francisco Bay area, is a multi-instrumentalist who plays keyboards, stringed harp, harmonica and the Gu Zheng (Chinese harp). He received the Minnesota Music Award in 1984, 1987 and 1988 for harmonica and in 1989 for harmonica, harp and keyboards. He is an active recording artist, musician, composer and producer and has compiled an impressive list of credits. Bruce toured the United States and Canada and recorded three albums with the country-rock group Mason Proffit from 1971-1973. (Mason Proffit reunited in 2003 and is touring and recording again.) He performed with groups including Passage, The Doug Maynard Band and Consort and as a soloist in Minneapolis, MN from 1965-1971 and from 1973 until his recent move to the Bay Area. He is in demand as a studio musician and has played on over 125 albums with artists/groups such as Paul Shaffer, Jevetta Steele, Ann Reed, Phil Upchurch, The Steeles, Terri Nunn, Doug Maynard, Tom Prin, and Lorie Line's Pop Chamber Orchestra. Bruce toured the country with Lorie Line for seven years and was Chief Audio Engineer of her recordings Open House and The Heritage Collection, Volume II. He also formed Bruce Kurnow Productions, a recording studio and music production company located in Northern California. In 1994, he and his wife, Karole, formed the record label Switchback Studios, Inc. As a solo recording artist, Bruce has thirty recordings to his credit. Switchback Studios, Inc. Has released the following titles from the Portraits of Nature Series (1994) by Bruce Kurnow: Forest Reflections, Mountain Mysteries and Lake Impressions, a collection of romantic favorites called The Nature of Love (1996), Harmonicaland (1999), Pachelbel's Christmas (2001), Peaceful Piano (2002), Here and Now (2003), Holidays in Harmonicaland (2005), DreamSounds (2006) and Songs of Earth and Sky (2006). Bruce also recorded Harp: Christmas Instrumental (1998) and Relaxing Harp (1999) for Compass Productions' Lifescapes series. Forest Reflections 'Another in a series by Kurnow called 'Portraits of Nature,' this lush album takes the listener deep into the forest of choice. Tropical, Alpine, California Coastal...a gallery full of sounds that let the imagination wander through the trees, alone or together. The instruments of choice here are Kurnow's keyboards, harp and harmonica. Plus occasional double-track voices and chants. And lifelong buddy Bobby Schnitzer on guitar and percussion. Nature's sounds abound, such as the rain that washes over a piano and hushed bed of chords before the melancholy harmonica enters the scene. In 'The Redwood Trail', Kurnow invites a skylark to glitter alongside his active piano. A lonesome wolf howls approval. Frogs and running water unite two cuts which evoke a stream dream and The Giant Sequoia. The latter is animated, upbeat, as powerful as it's namesake; Schnitzer's guitar joins the climax. Another showcase is 'Chasing the Storm' in which tribal rhythms introduce a thunderclap and exotic synthesizer 'voices' that gradually give way to a thrilling display of percussion. In the finale, one hears memories of wood blocks, mysterious wind creations, woodwinds and harmonica in a view from 'Over the Canopy'. A luxuriant musical portrait of those magnificent forests. Splendid companion to creative or lazy summer days.' THE BOOK READER The Portraits of Nature Series 'This handsome set blends the sounds of nature with Kurnow's improvisations on harp, keyboards and - a homey touch - harmonica. I was pleasantly relaxed by most of the pieces but was delightfully surprised by several up-energy pieces, accents that kept the mood from getting too dreamy. Forest Reflections will refresh you with bird songs, cheery brooks, and alpine mists. Mountain Mysteries has it's birds, but also offers the strength of thunder and rock. 'Appalachian Sunrise' takes you to a back-porch jam with a Tennessee warbler, while 'Legends of the Himalayas' introduces the mysteries of Tibet. Water, wind, seagulls, flapping sails and insect swarms flavor the Lake Impressions album.' CAROL WRIGHT, NAPRA REVIEW The Portraits of Nature Series 'Bruce clearly has a large and enthusiastic following. The music ranges from gentle, soothing cuts such as 'Alpine Mist' to the very active 'Chasing the Storm,' both on Forest Reflections. All three of these albums work very well...strongly evoking nature in many of her endless ways of presenting herself to us. The covers of all three albums are beautiful...Combined with in-store play, they should be strong sellers...' STEVE RYALS, NEW AGE RETAILER.

Here's what you say about
Bruce Kurnow - Forest Reflections.