Masayo and Robert - For You 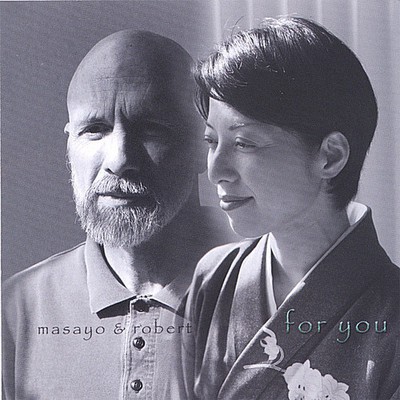 Masayo Norikura began the koto at the age of six in the Ikuta style through the Miyagi School. In Singapore from 1995-99, she recorded with shakuhachi player Ueno Koshuzan and performed with the Japanese Association Koto Group. She also performed for the Singapore and Japan Cultural Exchange. In Japan, in 2000, Masayo earned Kyoshi Teaching Certification (Master from Miyagi School), and was awarded a prize in the All Japan Miyagi Contest. Masayo plays koto for the Japanese Friendship Garden in Balboa Park and performs for schools and cultural exchange community events in San Diego. She appeared with John Kaizan Nepture and Kozan Tanifuji at the 2005 National Flute Convention. Masayo performs on the 13, 17 and 21-string kotos. Robert B. Williams grew up playing the clarinet. Earning Bachelor and Master degrees in clarinet performance, he played music running the gamut of clarinet possibilities, from the most contemporary Western works and the classical repertoire, to jazz and the folk musics of much of Eastern Europe, the Baltic states and Azerbaijan. Robert moved to the flute, lured by Baroque music and more jazz, latin, pop and world music possibilities. He studied the musics of India and Africa through Ethnomusicology at the graduate level and finally found his voice in the rich tapestry of wind synthesis. Masayo and Robert began their collaboration in the summer of 2004; recording their first CD, "If I Could Give You a Pearl," for release in January 2005, and their second 'For You,' in June 2006. They are highlighted performers at BravoSanDiego for 2004, 2005, and 2006, and are appearing at other concert and entertainment venues. Masayo and Robert present a new world of music, from beautiful traditional and stunning contemporary Japanese compositions to their own music, a blend of blues, jazz, classical, world beat and techno.

Here's what you say about
Masayo and Robert - For You.