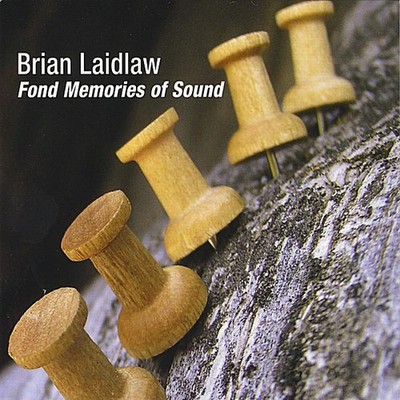 Brian Laidlaw is a folk poet, songwriter, and performer from Northern California. He studied Creative Writing at Stanford and also spent a term abroad, taking tutorials in formal poetry at Corpus Christi College in Oxford. While in England he began setting his own poems to music, and performed them to enthusiastic crowds at small cafes and underground pubs. One of these pieces, "The Ballad of Jotham," later won American Songwriter Magazine's lyric contest in March, 2007. Brian's early compositions became Quarter-Life, a self-published chapbook of poetry that included a CD, affixed inside the front cover, with musical arrangements of the written work. The project resonated with a diverse readership, sold a few hundred copies, and served as a model for the multimedia works that followed. Since graduating from college in 2005, Brian has recorded several more albums. The most recent is Fond Memories of Sound. In the last two years, Brian has toured across the United States, performed in the U.K. and Europe, worked seasonal jobs in the Sierra Nevada, and spent stretches in a commune in Palo Alto. Throughout his rambling he has drafted a new song or poem each day, a practice that provided the raw materials for A Nostalgic Town and it's companion volume, Sea Songs. Brian's projects treat poetry and songwriting as a single discipline, combining the formal precision of romantic and landscape lyricism with the natural cadence of folk balladeers and storytellers. Through his work, he hopes to bring poetic craft back to the realm of songwriting, and bring poetry itself back to the masses.

Here's what you say about
Brian Laidlaw - Fond Memories of Sound.