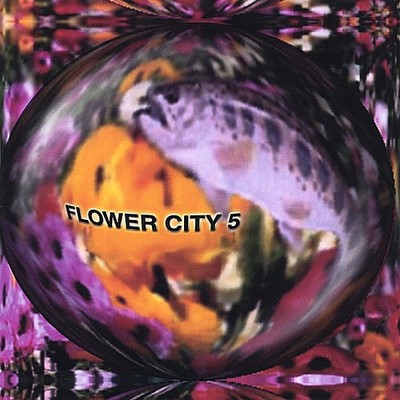 Flower City 5, revered for it's rare, yet satisfying public performances, has released it's debut CD. The CD features the talents of vocalist Lisa Gonzalez, guitarists Ken Frank and Phillip Henry Marshall, bassist Juan Suarez, and drummer Carl Glitzer. Suarez has since resigned from the band, citing 'creation myth differences.' He has been replaced by Tim Poland of Nod. In the making of this CD, Flower City 5 strove to do it fast and cheap, with little overdubbing, in order to replicate the band's live sound. Using the 'warts and all' production strategy of the legendary Chicago blues label, Chess, Flower City 5 has produced a lively, no-nonsense CD that demands to be played loudly. '...roots-rock groove songs with deceptively simple lyrics...it's great to hear a gem like Gonzalez again, particularly backed by pros like these guys.' --Adam Wilcox: City Newspaper 'Flower City 5 rocks the blues with meteoric power, from the swirling, limbo guitars to the dark, totemic drums, to the voodoo shrapnel vocals. This band is utterly unique, haunting, haunted, and nothing quite like this will ever be seen on this earth again. A must-have.' --Diana Abu-Jaber: The Oregonian.