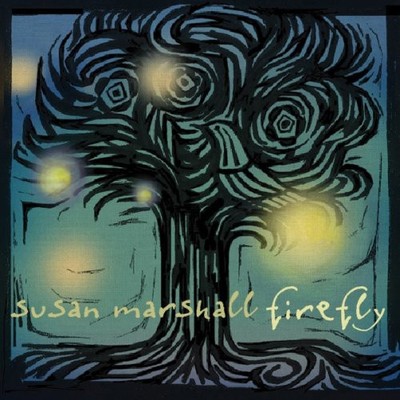 In a city of singing legends, from Elvis Presley and Otis Redding to Al Green and Aretha Franklin, Memphis vocalist Susan Marshall proudly holds her own, an award-winning paragon of hometown talent. While she might not be a household name yet, anyone who has listened to Lenny Kravitz, the Afghan Whigs or Lynyrd Skynyrd has heard Marshall's impressive singing chops, a gift that never fails to stop people in their tracks. 'Where this woman has been hiding, I don't know,' ran a comment on Rockphiles.com, while Rolling Stone made special mention of Marshall's performance at a Gram Parsons tribute that featured Norah Jones, Lucinda Williams and Keith Richards: 'The spine-chill award went to Memphis soul singer Susan Marshall, who belted a powerful 'Do Right Woman' that practically brought people to their knees.' Marshall grew up in East Memphis where she studied art, theater and voice at Germantown High School's prestigious Fine Arts Department, earning Fine Art Student of the Year as a senior. A six-year stint with the Off-Broadway Rep Company's Light Opera of Manhattan followed. Hired as a lyric soprano, she perfected mezzo roles in such productions as the operettas Rose-Marie and The Desert Song. Feeling 'bound and tied' by the written-note constraints of the classical world, Marshall -- whose spirit yearned for the freedom that only rock could offer -- switched gears entirely. Returning to Memphis, she co-founded and fronted early '90s rock outfit The Mother Station. Signed to Warner Bros. Affiliate label EastWest, the band released one critically hailed record, 1994's Brand New Bag, which featured the rock radio hit 'Put the Blame on Me.' As All Music Guide said of the album, 'the Mother Station's major-label debut is a glorious, celebratory, amalgamation of blues, soul, and just plain kick ass rock & roll.' Which still sums up Marshall's all-encompassing, powerhouse approach to her art, one that feels just as at home immersed in soul as it does hard rock. Such virtuosity has made her an A-list accompanist on nearly 100 recording projects, many teamed with legendary producer/engineer Tom Dowd (who got introduced to Marshall through her husband, engineer/producer Jeff Powell). Marshall's resume now boasts studio and/or stage time with the likes of Lenny Kravitz, Norah Jones, Keith Richards, Primal Scream, Lynyrd Skynyrd, Mavis Staples, Greg Dulli and the Afghan Whigs, Mya, The Memphis Horns, The Doobie Brothers, Dionne Warwick, Jerry Butler, the North Mississippi Allstars, Alvin Youngblood Hart, Steve Earle, Ann Peebles, Jay Farrar, Jim James of My Morning Jacket, Adam Levy, Jim Lauderdale, Todd Snider, John Doe, Emerson Hart of Tonic, and many others. She's also worked with such legendary engineer/producers as Tom Dowd, Chips Moman, Jim Dickinson, John Hampton, Joe Hardy, Dusty Wakeman and Jeff Powell. Whether it's rock, blues, soul, country or jazz, Marshall -- who won Best Female Vocalist in 2003 from the Grammy organization's Memphis chapter -- gets the call for a reason. And with her latest album, Susan Marshall Is Honey Mouth, earning raves across the country, including the Philadelphia Weekly's summation of the CD as a 'stunning showcase of some truly standout Tennessee pipes,' Marshall the performer and songwriter is also a woman ready to lead Memphis with a breakout musical vision.

Here's what you say about
Susan Marshall - Firefly.