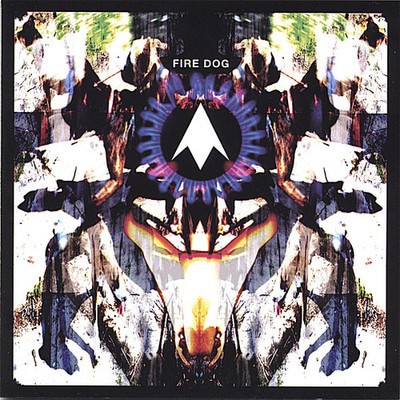 Sweeping melodies, enchanting harmonies, punchy songs with tight arrangements: Fire Dog spins a sound that shakes and stirs, pops and explodes! The STL power trio serves up a playful attack of soul and surf, fresh and electric with influences ranging from Elvis Costello and David Bowie to The Beach Boys and The Flaming Lips. The Fire Dog sound is a full of energy and optimism for the twenty-first century, so dance on people! In 2005 songwriter Mark Pagano joined forces with longtime musical comrades Brandon Manitoba (drum kit) and Celia (bass and backup). The connections run deep in this three piece with relationships that have been cultivated for more than ten years. Mark and Brandon attended the same high school and played in several groups together. Mark and Celia on the other hand met when Mark's brother moved to Lawrence, Kansas where Celia attended college and began her musical career. They have been singing together in various settings ever since. The more recent creation of Fire Dog, however, put a new twist on it all as Brandon and Celia who had both played guitar in former collaborations with Pagano suited up to form the band's rhythm section; a role that they have grown into together making for a tight thumping groove thing that will get you off your ass! Since Fire Dog's formation, the group has been steadily playing shows and building it's fan base. In June of 2006 Fire Dog released it's self-titled debut featuring 12 original songs. The band has toured regionally and nationally with the Love O Rama Tour, a collective that combines live-video mixing, original rocknroll, belly-dancing, fire spinning, and independent film for a vibrant night of entertainment! Playing throughout the Western United States, Fire Dog played venues such as the historic Cafe Club Fais-do-do (Hollywood, CA), Nectar Lounge (Seattle, WA), and Lestat's (San Diego). Locally Fire Dog has found fans at some of St. Louis's premier venues: The Off Broadway, The Lucas School House, Schlafly Tap Room, and Blueberry Hill's Duck Room. What to expect from at a Fire Dog show: Fire Dog fans love to dance! You may even catch VJ Evil Che's mystifying visual world projected live on screen with the music. Good-looking people is a given. Fire Dog brings the LOVE! Fire Dog is currently working on a follow up to their debut with more upbeat, driving, melody-infused, rocknroll! Buy this one to support the next ...

Here's what you say about
Fire Dog - Fire Dog.