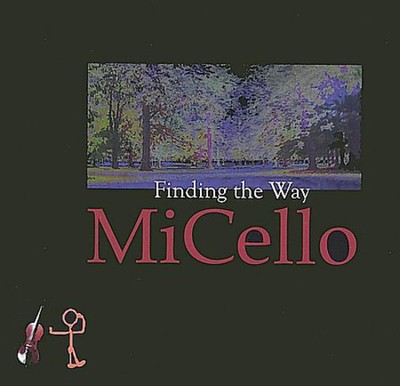 Mitsu Saito grew up in Tokyo where he received classical cello training from Mr. Yoshio Sato (Suzuki Method). His composition and improvisation are influenced by Astor Piazzola, Antonio Carlos Jobim, Sergio Mendes, Bill Evans as well as classic composers such as Satie and Ravel. In addition he grew up listening to French music, his mother's favorite music, such as Edith Piaf as lullabies. After he moves to St. Louis, he expanded his music vocabulary from classical to jazz and improvisational music. His artistic effort (interactive improvisation) extends to collaborations with Atrek Comtemporary Dance and theatrical artists. In addition to cello, he also performs African and Brazilian precussions. Reviews: It's always a particular joy when I can tell someone about terrific music being created right here in St. Louis--- and now is the time. Cellist and composer Mitsu Saito sent his new CD, and it's one of the true gems I've heard in a while. The eleven featured tracks reflect a keen ear for lyricism and music as exultation. No 'New Age' fuzziness here, just a man with fantastic chops on his trusty cello, playing with heart, and the conviction that despite what Adorno thought, it IS still possible to create poetry after Auschwitz (and not be 'barbaric'). You can hear the classical training in Mitsu-San's technique, but several tracks also swing with a jazzy feel. One track features the cello being strummed like a guitar, but there's not a lot of what I would call 'extended' techniques applied to the instrument, a la Tom Cora... and that's just fine by me! Mitsu Saito has carved out his own distinctive (and absolutely beautiful) soundworld, in a way that would make old Orpheus himself proud. So check it out! -Thomas Sutter (New music circular October 2001). 'An achingly beautiful set of wordless songs' - Intermission - Saito's cello has dark tones, and his technique can dazzle; his had-drumming is solid and inventive. ' The overall feel is meditative,something that could succeed on a label such as Windham Hill or Green Linnet. -Chris King (The Riverfront Times April 8-14, 1998). Mitsu Saito's cello work is subdued, beautiful and technically perfect on this recording. He's an adventurous cellist who plays everything from classical to jazz but he kept the reigns in with much success on this recording.' - Julie Glavin -Intermission, December, 1999 Choreographer Dawn Karlovsky played the muse for cellist Mitsu Saito's mesmerizing strains in the breathtaking 'Nine Minutes.' As if pulled across the stage by his music, Karlovsky's arms massaged the air in limpid arcs as her legs unfolded into lush lunges and extensions. Although Karlovsky maintained utter control over her bird-like arm designs and silky turns, she appeared to surrender to Saito's powerful music. - Brenda Shoss ( ST. LOUIS POST-DISPATCH, July 12, 2000). He's listened to his minimalists, but there's clearly a place for Vaughan Williams as well. ... - Sally Cragin (RiverFront Times 49, October 25-31, 2000). Play Making Candy by James Maguire at St. Marcus Theater January 29,30 February 5,6 The best part of the play was the music performed by Mary Ann Russum on conga-like drums and Mitsu Saito on cello. It was fascinating and engrossing, some of the best live music I've heard in St. Louis.' -Russ Thomas (Intermission, March 1999)- Yoga dance & Yoga contact -The cello reaches to the depth of your soul.......The timber of the cello rises creating a gentle excitement.... The cello accents the emotion with sound as it hits the flows, making it a visible, tangible object. -Jeannette 'jet' Apperson, Midtown Arts Center, March 19, 1999 April 3, 1999.

Here's what you say about
Micello - Finding the Way.