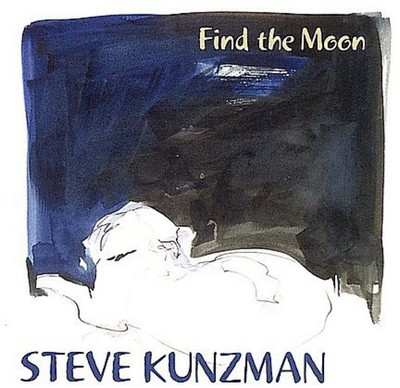 Steve Kunzman first held a guitar at the age of 7, when he began guitar lessons.During the early years, bands were formed, parents hid in upstairs rooms as Steve and his friends learned to hammer out songs from the radio. Steve's musical focus shifted from electric guitar wizardry toward the inherent beauty of the acoustic guitar. It was a relatively easy transition from electric to acoustic, and to this day some of his long-time musical compatriots believe that he found his true musical voice in the acoustic guitar Steve acknowledges that he doesn't know life without the guitar, and couldn't imagine it any other way. When he backpacked solo through the Middle East, in the 70's, he and his Gibson LGO were inseparable. Not only acting as a trusted hollow-bodied companion, but as an instrument for speaking a common language across cultures, opening doors to friendship and adventure. It was in the Golan Heights, Israel that Steve learned to play the banjo and began to study Bluegrass. Music has always been at the very core of his soul. Academic pursuits brought him to Colgate University where he majored in Religion. In addition, he studied electronic music, using tape, Moog, early forms of computer generated music and classical guitar. He subsequently went to Vermont Law School, earning a masters degree in environmental law. While living in the Green Mountains on the White River, Steve picked up a flat-backed mandolin from the 1920's enriching his interest in Country Blues and Bluegrass. He began exploring songwriting, and today it is in his songs - paired wonderfully with his stellar guitar work - that he shines as a skilled and gifted storyteller. In 1993 Steve was accepted into The Essence of Songwriting Workshop, at the Omega Institute in Rhinebeck, N.Y to study with Grammy Award winning songwriter, Rosanne Cash. This was a turning point in his writing. He says of the experience, 'Prior to my acceptance in the workshop, I didn't really consider myself a songwriter; just a guitarist who wrote a few songs. After the first hour, my perception of myself as a songwriter changed, and my approach to songwriting became more focused and intense.' Steve remains a student of Cash. 'Steve is an incredibly valuable voice in the songwriter's workshop. He brings a level of sensitivity, skill and instinct that is totally original and beautifully honest. I was, and remain, a fan of Steve's writing, playing and singing.' --Rosanne Cash Steve wrote all the songs on this CD,except one, Howl at the Night,which was written with award winning songwriter, Patti Witten. (Her CD's are also available at CDBaby.) Steve plays guitar, mandolin, banjo, bass, penny whistles and percussion, including tablas on the CD. He is assited by numerous other musicians, including co-producer, John Kurgan and Jessie Holladay on vocals.(Jessie's CD, produced by John, is also available at CDBaby.)

Here's what you say about
Steve Kunzman - Find the Moon.