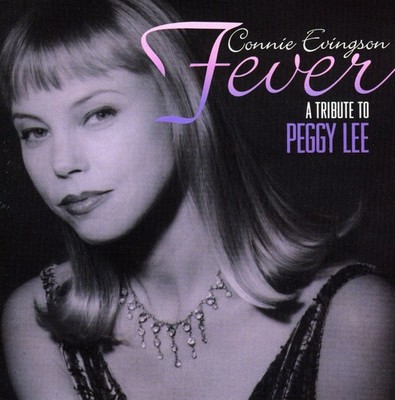 Jazz vocalist Connie Evingson is based in Minneapolis, Minnesota. She has appeared with her trio in clubs and concert halls across the U.S., in Europe and Japan, and has been a guest soloist with the Minnesota Orchestra and the Toronto Symphony conducted by Doc Severinsen, and the Plymouth Music Series with Bobby McFerrin. She is the creator of the original stage production, Fever, A Tribute to Peggy Lee, which she has performed at theatres in Minneapolis and Seattle, and excerpted at New York's Town Hall. Her theatrical credits include Lady in the Dark with the Plymouth Music Series, 2-Gether at Illusion Theatre, and The King and I, South Pacific and The Pearl Fishers with the Minnesota Opera Company. Her voice is often heard on radio and TV commercials, and she is the host of Singers and Standards on KBEM, the Twin Cities' premier jazz radio station. She is featured on Jazziz Magazine's Vocals on Fire CD, and has released three CD's on Minnehaha Music, I Have Dreamed, Fever, A Tribute to Peggy Lee, and Some Cats Know. Evingson has been a member of the vocal jazz ensemble Moore By Four since 1986, with whom she has toured the U.S., Europe and Japan, appeared on Garrison Keillor's Prairie Home Companion, and shared the stage with Harry Connick, Jr., the late Joe Williams, Sarah Vaughan, Carmen McRae and Dizzy Gillespie. Connie was among the top 15 contestants in the 1998 Thelonius Monk Vocal Competition and received the McKnight Artist Fellowship Award in 2000.

Here's what you say about
Connie Evingson - Fever: Tribute to Peggy Lee.