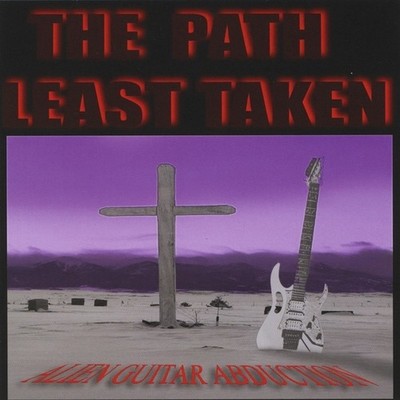 Rapture Valley was conceived at the close of 2000. Rendering solid three and four part harmonies, the group performs a majority of original material along with interpretations and arrangements of new and old standards that have colored their background. The music of Rapture Valley can be described as roots rock-americana with a blues-country-R&B filling reminding listeners of an early Crosby,Stills, Nash and Young. Having recorded the fourteen-song-CD 'Feel the World Changin' mastered by E-town's bob e burnham in Boulder, Colorado, the band is preparing to play live in a venue near you soon. Bryan Eklund - Guitar/ Vocals Bryan Eklund is a singer-songwriter-guitarist in the band. He began singing at the age of six, and learned piano and trombone up through high school. Since then Bryan has been playing guitar and has performed with several bands in Tennessee, Indiana, and Colorado. In the fall of 2000, Bryan toured the southeast in support of his debut solo record playing 20 days in 30 throughout FL, GA, TN, NC and VA. He currently lives in Boulder, CO. Tom Mason - Guitar/Vocals Tom was raised outside of Pittsburgh on Elvis and Don McLean while influenced early on with his brother learning to play and harmonize Simon & Garfunkel and Grateful Dead tunes. He progressed to more formal musical training as a member of the A cappella group Southern Comfort. His large range from bass to high tenor and pattered falsettos has been compared to such greats as Aaron Neville & Martin Sexton. Tom, who is a gifted songwriter, has also been a participant in the Lyons Folk Festival Song School and the Boulder Area Songwriters Exchange. Glen Lovit - Drums Glen moved to Boulder three years ago from his hometown Columbus, Ohio where he has been crafting his drumming style for 25 years. From marching & symphonic bands to thunder drum circles, Glen has developed a unique style of R&B backbeat with melodic rhythms. His major inspirations are Charlie Watts, Nick Mason, Stewart Copeland and the Rhythm Devils. Glen has set the beat for Midwest bands Tomorrow/Today and The Mental Touch. Heather Lee O' Neill Heather got her musical start early in life, singing with her mother's acoustic folk duo in the mid-1970's in Southern California. Along the way, Heather's vocal style was shaped by influences including Joni Mitchell, Janice Joplin, Billie Holiday, PJ Harvey, and Ani diFranco. This broad span of inspiration has led Heather to express herself in styles and venues stretching from musical theater to folk and blues bands, flamenco to classic rock, jam-bands to 10-piece funk collaborations. Heather has also lent background vocals to the studio recordings of Fried Moose and Pure Noodle, as well as to Bryan Eklund's solo CD. David Parker - Bass/Vocals If there were an ideal place for a musical coming of age, according to David, that place would be Athens, Georgia. It was there he first started playing the bass guitar and getting caught up in the local music scene - originally filling a void in a friend's band. That band, Kudzu Jones, went on to play venues around Georgia from Athens to Augusta and Atlanta. A self-proclaimed music fanatic, David's influences range from New Orleans funk to Americana folk and southern fried rock. His bass-playing heroes include Jaco Pastorius, Victor Wooten and George Porter Jr. Ted Clifford Keyboards/Hammond Organ Born in Arizona, Ted lived most of his life wandering the shores of Lake Superior in Minnesota. Since high school he has played in many bands lastly playing with Boulder based band Tucker. Ted finished college with a BA in music and brings a diverse musical backround to the band. Influences include, Bill Evans, Billy Powell, Frank Zappa plus many more fine musicians.

Here's what you say about
Rapture Valley - Feel the World Changin'.