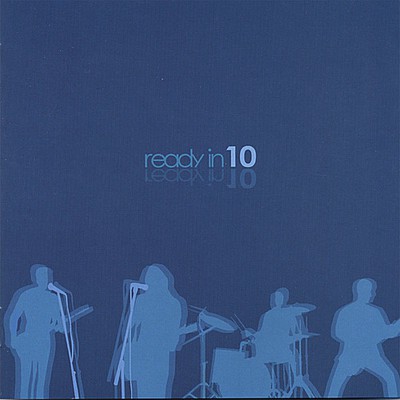 Sal Nastasi - Lead Vocals/ Guitar Marc Viola - Lead Guitar/ Vocals Jim Milano - Drums/ Percussion Mike Elefante - Bass Guitar How do you come up with a name for your band? For Long Island's hottest new rock band, Ready in 10, it was as simple as a glance at a Chinese menu promising quick delivery--"Ready in 10." The simplicity of this band ends here with the selection of their name. Individually, they're equally talented musicians, but it's their seamless dynamic, the way they switch from ballads to blues that leaves you with that vulnerable feeling of truly needing more. As reviewed by Shaun O'Brien in Aural Fix Magazine, "Ready in 10's set was a mix of rock, pop and blues, they showed they could rock out with the big boys." Ready in 10 debuted their first full-length album 'Face The World' on Aug. 5, 2006 with a SOLD OUT live performance at LiveTrax in Bellmore, NY. The songs on the album range from the hard hitting "One Man Show" to the bluesy sound of "Fool" to the laid back acoustic sounds of the ballad "One More Chance." Known for their outstanding stage presence and their powerful live shows, this extraordinary release delivers hooky melodies, melodic guitar lines and flawless rhythm. The band formed back in January of 2005 and easily began making their presence known with their loyal fan following and by playing regularly at venues throughout Long Island and NYC. After only six months Ready in 10 opened up for a sold out Rusted Root concert at Mulcahy's in Wantagh, NY. With Sal's fierce vocals, Marc's standout guitar playing, Mike's flawless bass playing, and Jim's never missing a beat, this foursome has been compared in style to top 40 stars Matchbox20, Bon Jovi, and Maroon 5. Although it's only been a year and a half of Ready in 10 - it's been years of experience and music for these four guys. They've all wandered through the music scene singing in other bands and playing different instruments but finally through Ready in 10 they've all been able to find their place. As Sal said himself "We've all found a home in this band. We've made each other better." They have made each other better most notably in their songwriting where Sal and Marc have really come together to form lyrics that are relatable but leave you with that urgency of wanting to know more, to know everything, to jump into their heads and even their hearts. In simple terms, this band works. They have that thing, that thing that you can only find in great music. The evidence is there on the stage when they are playing and in the faces of the fans that are listening. When Jared Brown of 1340mag.com reviewed Ready in 10 he saw it; "If these guys can land one big hit in their home town, national attention is likely to follow. They have that mainstream mass appeal ... they have a big polished sound that should appeal to a very wide audience. I wouldn't be surprised to see them hit it big some day soon." And you will see it too.

Here's what you say about
Ready in 10 - Face the World.