Fractal Cat - Eye in the Dawn 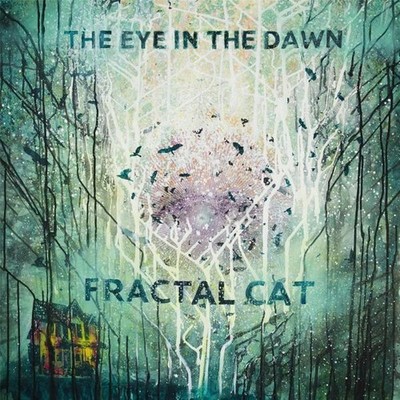 'The Eye in the Dawn is a theme album based on the journey of spiritual awakening. We have paid homage to our favorite psychedelic rock albums of the sixties and seventies in producing this, while carving out a style of our own. The album was completely self-produced, recorded using real instruments by Fractal Cat and our friends. We made the album on a budget of zero in our homemade studio in Baltimore. Andy says it's 'very heady.'' Baltimore band Fractal Cat emphasizes classic songwriting, a strong vocal presence, and a multilayered psychedelic sound. Originally the solo studio endeavor of songwriter Miles Gannett, the project evolved into a six-piece rock ensemble. The band's music is uplifting, with playfully mystical lyrical content. While happily mashing genres, superimposing classical and ambient fragments on hyperspace pop nuggets, Fractal Cat clings to common threads: a dedication to song and vocal craft inspired by greats from Buddy Holly to Smokey Robinson, and mind-bending exploration in the spirit of early Pink Floyd and Gong. The band grew out of Gannett's studio efforts, over the course of recording their first album, The Eye in the Dawn (October 2012). The compositions, which range from psychonautical sea shanties to swirling bliss-rock epics, are a crystallization of Gannett's song craft and a culmination of the band's influences. In Gannett's home studio-which rests on an inner-city wildlife sanctuary-Fractal Cat plays curiously with song arrangements, layering recordings in between chai breaks and chapattis. Onstage, the band recreates it's texturally rich recordings, drawing on the aid of homemade samples. The Eye in the Dawn features the classical harp and keyboard of Meghan Gwyer, the jazz/Afro-beat influenced drumming of Jason Baker, the electronic sound-wizardry of Joe Clark, the acoustic rhythm guitar of Keith Jones, the dubbed-out bass of Andy Myatt, and Gannett's lysergic lead guitar and production. Gannett handles the majority of lead vocals, with Jones lending close harmonies on several tracks. Several guest musicians have also made contributions to the album, including Chris Mandra of Telesma, Tiffany DeFoe of The Bellevederes, and Sean Finn of Great Mutant Skywheel and Sahffi. Members: Miles Gannett- guitar, vocals, harmonium, percussion, birds, field recordings Jason Armstrong Baker- drums and percussion Keith Jones- guitar, vocals, dishes Meghan Gwyer- harp, keyboards, vocals Andy Myatt- bass Sheephead- samples and synths Sean P. Finn- French horn, violin 'The band infuses it's original compositions with a variety of instrumentation and offers a fresh, melodic take on pop/psychedelic music.' -The Baltimore Sun.

Here's what you say about
Fractal Cat - Eye in the Dawn.