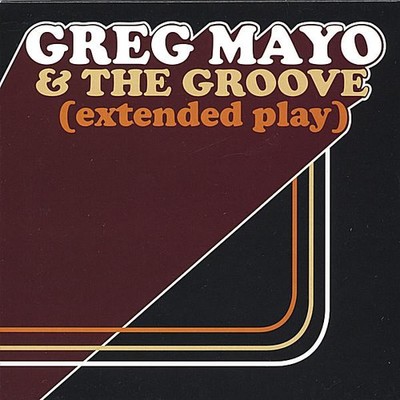 The Greg Mayo Band has been compared affectionately to Curtis Mayfield, Stevie Wonder, Jackson 5, and even The Roots. Based in soul but schooled in jazz, this group is exactly where they want to be. Formed in 2004 through the musical kinship of Greg Mayo (keyboards, lead vocals) and Matt Abatelli (tenor sax), The Greg Mayo Band is now beginning to really pound the pavement. All accomplished musicians, members of the band have studied music at either The Hartt School of Music, or at SUNY Purchase, or both. The entire horn section - Kenny Warren (trumpet), John Liotta (alto/bari sax), and Matt Abatelli have played alongside such jazz greats as Jackie McLean and John Faddis. Led by Greg Mayo, the rhythm section includes Chris Anderson (bass), Kenny Shaw (drums), and Erik White (guitar and backing vocals). Within the past two years, the band has played shows far and wide, dashing across the Northeast, stretching as far south as Baltimore. Opening for artists as diverse and respected as Amos Lee, Busta Rhymes, and Addison Groove Project their loyal and ever-growing fan base spans all age groups and geographical areas. Storming the gates of many college campuses, the band have played at Gettysburg, Dartmouth, and Hartfords Trinity College, to name a few. Their pop-infused sounds have also filled clubs like The Knitting Factory and The Lions Den in New York, all the way up to Nectar's in Burlington, VT. The band now fulfills a monthly residency at the legendary Bitter End in New York's Greenwich Village. The Greg Mayo Band are all firm believers that bringing songs to the stage is the ultimate fulfillment of the creative process. As lead singer Greg Mayo says, 'I feel the music simply flows through the audience as much as it does the band performing, and it is our job to make sure they feel it as much as we do.' Their style, an original concoction, has been quoted as "Funk with a slither of Jazz and a whole handful of Soulful Rock (with a psychedelic edge).' [JustSoul.net] Using bits and pieces from artists like Stevie Wonder, Marvin Gaye, and The Roots, The Greg Mayo Band comes at you with a fresh twist on a classic sound.

Here's what you say about
Greg Mayo - Extended Play.