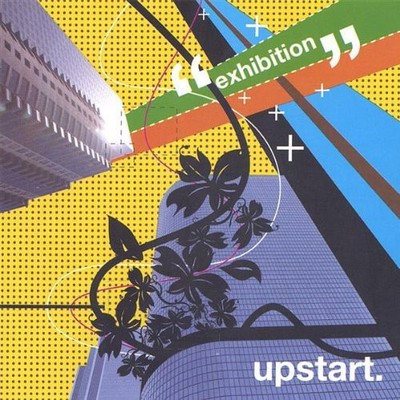 Upstart and You Don't Stop! Upstart grew out of a friendship formed when Michael Cartwright, Jarod Sheahan, and Tony Hundtoft found themselves working together at a Michigan dinner theater in 1999. After playing nearly 200 theater shows over the next few summers, the three developed a great friendship, paving a solid musical and personal foundation for their future. Since their debut in 2003, Upstart has added Josh Bachman and Brad Babinski to their lineup, and played a host of clubs across the Los Angeles area, including the Roxy, Key Club, Viper Room, and Continental Room. Their consummate musicianship and entertaining live performances have also landed them exclusive engagements for the Los Angeles Clippers, and casts of "Desperate Housewives" and "Alias." The music of Upstart is rooted in soul and R&B traditions, but maintains a restless sense of discovery that defies the restraints of neo-genres that aim to recreate the past. Utilizing classic instrumentation, including horns and Fender Rhodes, Upstart plays clever, well-crafted songs that feature the groups' strong vocal abilities. Their combination of sophisticated instrumental playing and powerful singing creates a progressive sound that is uniquely Upstart's own. Lead singer and trumpet man Michael Cartwright is a talent that harkens to the golden-era of show business, when entertainers were complete musicians, and Josh Bachman compliments him nicely, switching effortlessly between tenor saxophone and guitar. Drummer Tony Hundtoft composes much of the band's music and adds vocals from behind the drums, as Brad Babinski anchors the Up-ship with deep, funky bass playing. Meanwhile, Jarod Sheahan, the group's heavy-handed keyboardist, fills in the cracks with lush chords on the Fender Rhodes, groovy organ lines, and vocals as well. After recording the 4-song EP "Life Sounds Like...," in 2004, Upstart released their first full-length album, "Exhibition," the following year at an unforgettable, rooftop party in downtown Long Beach. Since it's release, Upstart has continued to refine their music through a relentless schedule of live engagements, keeping their camaraderie strong and sound as fresh as ever for the journey that lies ahead.

Here's what you say about
Upstart - Exhibition.