Dean Brittain - Exactly What You Wanted 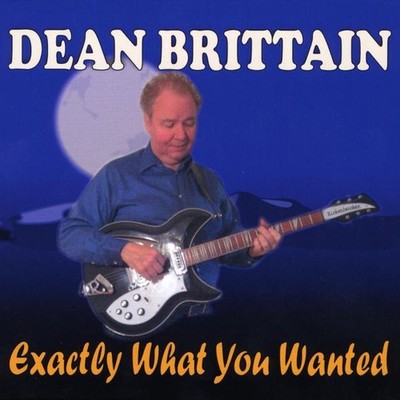 Dean Brittain was born and raised in the Carolinas, which is where he got his country roots. He moved around the east coast for several years, then followed his brother to California. Dean liked the West Coast style, and it molded his sound. He finally settled in Washington State about 60 miles north of Seattle, where he lives today. The music they play in North West Washington is as diverse as anywhere in the country, with everything from traditional country, to modern country, to rock, blues, soul, funk and jazz. Dean has played in many bands, and has played many styles of music. He spent many years on the road with different bands, playing from southern California to Alaska. In addition to guitar he plays the bass, saxophone, and sings. Dean has written many original songs, and has long dreamed of producing an all original album. This CD represents country styles, old and new, as well as what he considers North West Country Rock (which is similar to southern rock, but with a west coast twist). This is quite typical of the styles he most frequently plays in the local bars he plays at today, although he still does fill-in gigs for jazz and blues with his local musician friends. This collection is consistent with his personal musical taste, so most of these songs are upbeat, lively and light hearted.

Here's what you say about
Dean Brittain - Exactly What You Wanted.