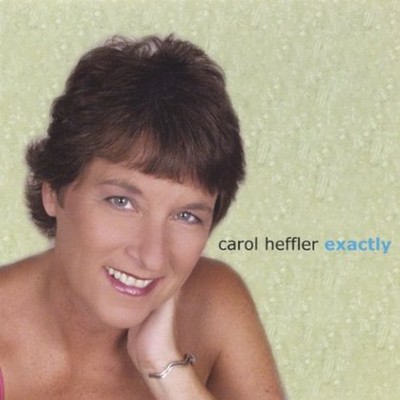 Jazz has been a lifelong passion for Carol Heffler. Born in Sandy Spring, MD, Carol grew up in Summit, New Jersey. She sang in several choirs and began studying jazz piano at the age of 15. After earning a B.A. in Music from Hood College, Carol began graduate school at UMichigan, where she formed her first trio and played the club scene in Ann Arbor. When she moved to Boston, Carol performed with her newly formed jazz quintet. She earned a Masters in Music degree at UMass Amherst, where she studied Voice with Dorothy Ornest and Horace Boyer, and was awarded 'Best Female Jazz Vocalist' by the International Association of Jazz Educators. Carol's Masters thesis, 'The Vocal Jazz Style of Eddie Jefferson', became an article and solo transcription in Jazz Magazine. Her group opened for the Mercer Ellington and Woody Herman orchestras, as well as appearing on Hartford CT television. In New York City, Carol peformed and collaborated with Marilyn Harris, an established song and jingle writer. She sang commercials for Nestea, Nestles, and Dimension shampoo. In 1981, her song 'Strong Steady Love' was published by Shapiro and Bernstein and recorded by the Markley Band on Accord Records. Carol's first recording of original songs and jazz 'Sea Dreams' was released in 1993. In 1998, she produced her first CD 'Pull of the Moon', joined by a jazz quartet featuring pianist John Bianculli. This recording was a combination of original songs and covers by artists such as James Taylor, Sade, and Leon Russell. The Carol Heffler Quintet, formed in November 2002, features Carol on vocals, John Bianculli on piano (Steve Nelson, Cassandra Wilson), Angelo DiBraccio (Roberta Flack, Kenny Barron)on saxophones, Steve Varner on bass (Pat Martino, Phil Woods), and Dave Mohn on drums (George Duke, Richie Cole). The Carol Heffler Quintet has performed at such New Jersey venues as the Red Bank Blues Festival, Nassau Park Pavillion, and Lambertville Station. She has also performed at NYC clubs Cornelia Street Cafe and Chez Suzette and Grounds for Sculpture (Hamilton NJ). Carol Heffler is an active member of the Jazz Vocal Coalition and the International Association of Jazz Educators.

Here's what you say about
Carol Heffler - Exactly.