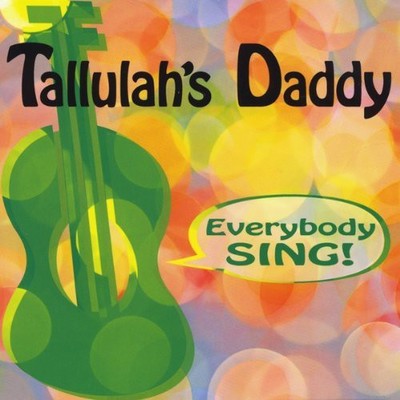 Everybody Sing was recorded in my home studio between June and August of 2013. With the exception of the amazing Paul Brainard's pedal steel guitar on The Sandbox, and Tallulah's voice on The Johnson Creek ABCs, all the sounds you hear are me. All production and mastering were done by me as well. Not to toot my own horn, but... I did play horn on it as well. I programmed the drums on The Sandbox, and other than that all instruments were played live. I am a full-time stay at home Dad, and my wife is a high school teacher. During her summer vacation I retreated to the basement often, for hours at a time. I had originally hoped that this album would be longer, but this was what I could get done in the few months that I had to work with. I'm quite proud of it, and I hope you enjoy it too! 1. Everybody Sing - One day Tallulah was dancing around the house, singing 'everybody sing, everybody sing'. I couldn't remember hearing that song before, so I did a little googling. The only song I could find was from an old Broadway musical that we had never heard. I like to do a little bit of teaching when I play, so Everybody Sing became a way to introduce very basic musical concepts like pitch, tempo, volume and silliness. On this song I sing and play bass, electric piano, acoustic guitar, cajon (box drum), tambourine, and several shakers. 2. Mi Cuerpo Hace Musica - I remember doing this traditional song in grade school, many years ago. I like to incorporate coordinated movement in my shows, and I like singing in Spanish. This song is a hit at my shows, the kids really love the cajon! On this song I sing and play bass, piano, trumpet, claves, tambourine, cabasa and several shakers. 3. The Sandbox - One day I took Tallulah to the Oregon Zoo. As we walked past the giant sandbox there, she made it clear that she would like to spend some time there. It ended up being almost two hours, during which time I wrote this song. I sing and play bass, electric piano, acoustic guitar and programmed the drums. I was lucky enough to be joined by the amazing Paul Brainiard on pedal steel guitar for this recording. 4. Farm Medley - Old McDonald and Bingo, together at last! On this song I sing and play acoustic guitar, tambourine and doumbek. Oh yeah, and Tallulah's little xylophone thingie at the beginning. 5. The Johnson Creek ABCs - I was lucky enough to be invited to contribute a song the the Songs For Johnson Creek compilation, and this is the song I recorded. I sing and play bass, trumpet, cajon, tambourine and several shakers. 6. Hush Little Baby - When Tallulah was just a few months old, I found a book at our local library by Sylvia Long called Hush Little Baby. She felt that the original lyrics to Hush Little Baby were pretty materialistic, and were essentially bribing kids to be quiet. In her book, she focuses more on distracting and comforting the upset child. The book became a staple of our bedtime routine, and Sylvia Long was kind enough to give me permission to use her lyrics in my recording. On this song I sing and play bass, piano, acoustic guitar, synthesizer and wind gong. 7. Everybody Singalong - While I was mixing Everybody Sing I accidentally muted the vocal tracks where I sing high, low, fast, slow, loud, quiet and silly. I thought it might be neat for listeners to have a version of the song where they could supply all of those singing styles, so I mixed it that way too!

Here's what you say about
Tallulah's Daddy - Everybody Sing.