Doop & the Inside Outlaws - Everett Belcher 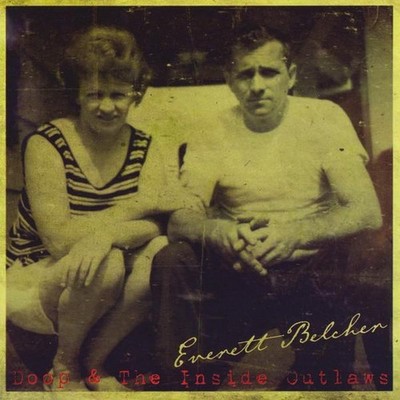 The deep working class roots of singer/songwriter Don "Doop" Duprie echo throughout his music. Front man for the Detroit area alt-country/roots rock band Doop and the Inside Outlaws, Doop is a laid off firefighter born and raised in industrial River Rouge, Michigan. He teamed up with legendary Detroit producer Jim Diamond (White Stripes) to record his albums "Blood River," "Everett Belcher" and now "What am I supposed to do?" Doop's songwriting has received national attention, having been hailed "hands down the best songwriter we (Detroit) now have to offer the Americana World" by Don Zelazny, AmericanaRoots.com. The albums made the Top Ten Lists in Metro Times and AmericanaRoots.com. "Everett Belcher" won the Detroit Music Award for "Outstanding Country Recording" and was named "Album of the Day" by Country Music Pride's podcast Americana Daily. Doop's music has been featured on the American Public Media radio show 'The Story,' the award-winning podcast Digivegas.com and the #1 rated Americana podcast, 'Americana Roots Roundtable' on NoDepression.com. Now with Pete Ballard on pedal steel guitar, Katie Grace on bass and Danny Kanka on drums, Doop and the gang just released their third full length album. Album The 10-song album, "Everett Belcher," is an ode to Doop's grandfather and the people like him; the hard-working individuals who relocated from their hometowns in search of work and a better life for their loved ones and the sacrifices they made to attain it, only to have it all disappear. Doop is dedicating the album, "To all the hard-working people in this town that spent the better parts of their lives busting their asses only to see it all fall apart." The album includes his anthem "Burn This City," a workingman's tale called "M.F.N.J.O.B." and his rendition of "Prove it all Night" by Bruce Springsteen. Reviews "Everett Belcher" is definitely a late entry into my top 10 of 2009 list! We have had so much great music come out of Detroit. I think hands down the best songwriter we now have to offer the Americana World is Don 'Doop' Duprie. Check him out!" -Don Zelazny, AmericanaRoots.com "From the first strum of the acoustic guitar on album opener "Everett Belcher," Doop stakes his claim as Detroit's Bruce Springsteen. Meshing The Boss and his New Jersey tales with John Mellencamp's odes to Indiana, Doop fills Everett Belcher with bits and flecks of Detroit." -Eric Allen, Real Detroit Weekly "Don Duprie (aka Doop) is one of Detroit's very best current songwriters. He often gets the 'country' label, even though Duprie's approach to country is closer to the roots artists like Springsteen and Mellencamp."-Bill Holdship, Metro Times.

Here's what you say about
Doop & the Inside Outlaws - Everett Belcher.