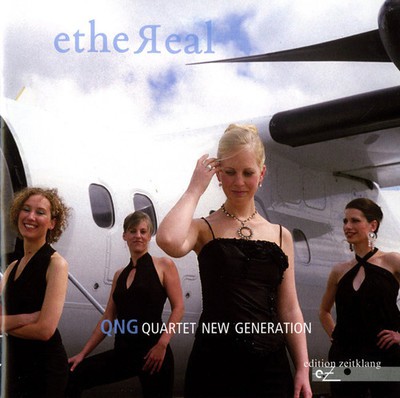 Hailed as "Four Recorder Virtuosos" by The New York Times, Qng-Quartet New Generation mesmerizes it's audiences through innovative programming that juxtaposes contemporary and early music, presented with a dynamic and often theatrical stage presence. Performing on upwards of 20 different recorders of varying sizes and shapes during the course of a typical performance, the quartet transports the listener into new sonic and visual worlds, confirming the recorder's viability as a modern classical instrument. This reputation was as the group took top honors at both the Concert Artists Guild International Competition and the prestigious German Music Competition in Bonn, Germany. Following it's successful US debut in 2004 at Weill Recital Hall at Carnegie Hall, the ensemble has performed at venues such as Columbia University, the Pittsburgh Chamber Music Society, Detroit Institute of Art, the Chautauqua Institution, Merkin Concert Hall, Regina Quick Center at St. Bonaventure University, Krannert Center for the Performing Arts, University of Chicago Presents, Purdue University Convocations, the Isabella Stewart Gardner Museum and a special appearance at the Brooklyn Academy of Music's BAM Cafe. Since it's inception, the quartet has collaborated closely with young composers. The quartet's unique high-energy mode of performance inspires these composers and this, along with existing contemporary works for recorder quartet, creates a new, fresh and exciting style to define the music of our time. With a large repertoire of European works, the group has begun commissioning American composers including Daniel Bernard Roumain, Gordon Beeferman, Nissim Schaul and Peter Lucas Hulen. Conscious of the large recorder family and it's flexibility, QNG is constantly searching for new possibilities of sound and expression. The instruments played by the collective include a large number of accurate copies of authentic historical instruments plus modern recorders called Pätzoldbasses. These square box-like recorders produce a different structure of overtones and therefore a specific extraordinary sound, which is further enhanced by the percussive nature of the keys. Qng-Quartet New Generation was founded in September 1998 at the Amsterdam Conservatoire and the University of the Arts, Berlin. In 2003 the collective was also awarded the top prizes at the International Gaudeamus Interpreters Competition for Contemporary Music in the Netherlands; the International Chamber Music Competition for Contemporary Music in Poland; and the '13ème Concours International de Musique de Chambre' in France.

Here's what you say about
Quartet New Generation (Qng) - Ethereal.