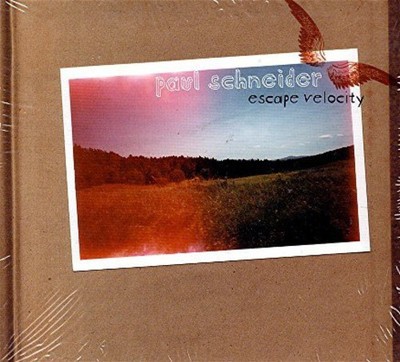 Upon hearing 'Escape Velocity' (Semaphore Records), the debut release from Paul Schneider, the listener is introduced to an artist hitting stride. Since it's online release in 2003, the record has received abundant radio airplay (#11 Hits Specialty Chart and #22 Album Network's 'Underground' Specialty Chart) and garnered glowing reviews. Careening from Smiths and Costello inspired indie-pop, to Parsons style country, to the moodier rock of English shoegazers, the album serves up a balanced mix of musical styles with a strong pop sensibility, a package nyrock.com describes as 'the coolest little thing to come this way in a while'. TIMEOUT NY says 'his heart-on-sleeve stuff will work it's way into your head.' Live, Schneider splits his time between solo acoustic performances at colleges and coffee houses and full band rock shows at bars and clubs around the country. The band consists of a line-up as diverse and powerful as the songs on the record: Sam Siegler (Rival Schools, CIV) on drums, Oscar Rodriguez (Nakatomi Plaza) on guitar, Sam Kassirer (Josh Ritter) on keyboards, and Dan Green (Sam Bisbee, Rain Phoenix) on bass. 'I like having variety in the band. A few punks, a few rockers, some folk people. That's more how I write. I think pop music is less a style unto itself than an aggregate of the best of many. Also, punks make singer-songwriter stuff less wimpy and folkies tend to give the rockers a little more touch, heart'. Getting to this point has been a journey for the California born songwriter who signed to Sony 550 back in 1998 with his band Rivington. The group went into the studio in 1999 with Ted Nicely (Fugazi, Girls Against Boys, Jawbox) and emerged with 'Happy on a Sliding Scale'. The record met an enthusiastic reception at the label only to be delayed release. The band left the label in 2001 and briefly promoted the record themselves. 'Happy' climbed the CMJ charts, enjoying a strong position for the majority of that year and garnering such pronouncements as 'essential college radio album'(KLBC). But despite such encouragement, the band dissolved. Happily enough, the soul-searching of this time led Schneider to write the songs on 'Escape Velocity' - moody, melodic, hooky, surging songs with classic songwriting structures at base but arranged with twinges of country, pop, electronica, and shoegazing swirl. Schneider entrenched himself at Rivington drummer Dave Snyder's Jarvis Studios and completed the record in late 2002. Neil Perry (Smashing Pumpkins, Swervedriver) lent his mixing talents. Paul Schneider may be seen live at various clubs around NYC including the Living Room, Pete's Candy Store, Arlene Grocery, Luna Lounge, and The Mercury Lounge. Schneider just finished a successful week tour in California to be followed by East Coast tours in the summer and fall.

Here's what you say about
Paul Schneider - Escape Velocity.