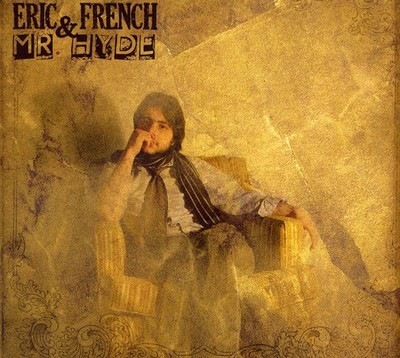 This first release from Eric French is a dual, full-length profile of two musical voices. His unapologetic rock n' bluz bombast is set off by an introspective acoustic streak. An explosive trio in the tradition of The Experience, The Cream, and The Police is balanced by a lone singer with an acoustic guitar. Living and performing in Providence and Boston for years after attending Berklee College of Music, Eric developed his rock and folk personas while simultaneously working as a guitarist for other artists. The son of a blues guitar player, tools and support were present from a young age. As a cancer survivor, so was the inspiration, resolve, and patience necessary to bring his work to bear. Eric French & Mr. Hyde is self-produced and released, coached along by mentors Charles Sorrento (Colwell-Winfield Blues Band, Bellevue Cadillac), and Jack Hale (Producer/MD Johnny Cash, Seals and Crofts, member Memphis Horns). Recorded with musicians in Boston and Brooklyn, Newcastle and Nashville, it tells a variety of stories. On the electric side, tongue in cheek songs feature his guitar playing and put up familiar rock n' roll flags. "In Dirty Bluz", a close friend strolls out towards the crossroads, while in "She Doesn't Know" another juggles lovers, tossing the leftovers to a jealous narrator. "16 (Nobody Told Me)" rolls satirically over Dateline NBC's 'investigative journalism' with a smart Texas-shuffle, as the girls singing backup on "My Girlfriend's Back" just plain roll their eyes; the band careening forward smugly. The moody single "Sally Don't Lie" cranks up the heat on an old flame and the hopeful "I Wanna luv" brings a simple message home with a gospel choir closing this side of the record. In his acoustic persona, Eric covers more ground, poking at your roots, violence, and sexual identity in little worlds created by characters within each song. "Lay Your Fiddle Down" calls the girl who made it out of her one horse town back home, while the first-person murder account in "ain't no fury" carts the listener off to a stone walled cell. "soldier" softly finds a conflicted conservative zealot blaming his sexual orientation on his partner, and the songs "Your Mountain" and "lamb" gracefully open and close this side of the album, coming to terms with unrequited love in the collection's barest and most lush musical settings respectively.