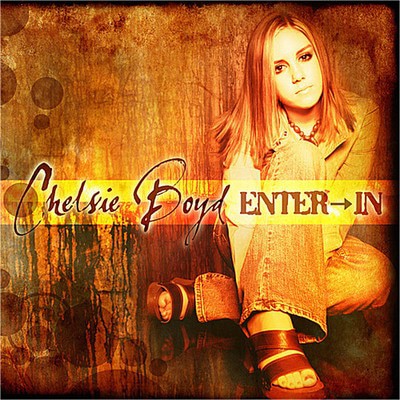 Being a teenager and student, 14-year-old Chelsie Boyd has a large audience not just in concert, but every day as she lives as a person in school, church, and life. 'Everyday is an experience for me. Just walking down the hallways of my school and seeing all of these teenagers that are involved with the wrong things makes me want to get out there and do whatever I can to spread the Word of God. Even if I only change one person, it's all worth it to me.' Chelsie's parents first noticed her singing ability when she was around three-years old. They thought it was unusual for a three-year old to be able to match the notes and clap on the beat while singing along with the radio. After a stunning performance as a nine-year-old in a local musical, Chelsie caught the attention of a traveling professional musician, who told Chelsie's folks that she was something special. They later hooked up with Jason Hoard, a producer who was also a member of a signed Christian band, According to John. Hoard heard the potential and they released a debut CD, which sold very well. After beginning a second project, Enter In, Chelsie caught the attention of producer Eric Copeland of Creative Soul Records in Nashville, TN, who felt Chelsie and her songs deserved a national audience. 'I just couldn't deny the power, maturity, and simple vocal beauty from this girl of fourteen,' Copeland recalled. 'Her support system is terrific, but more than that, people just are attracted to her voice.' Her sophomore release from Creative Soul Records, 'Enter In', is a strong collection of hymns, praise and worship, and also a few originals. The opening song, a riveting rock version of the hymn 'It is Well with My Soul', grabs the listener immediately. 'It's good for teens and youth as well as adults,' Chelsie adds. 'Even though it's a little bit more 'rocked up', it still touches almost everyone.' 'Nothing Back basically tells the story of my life. It talks about surrendering your life to God. When I sing this song, I can really feel the presence of God moving around. It just has that annointing that goes along with it.' The release also features 'How Great Thou Art'. It's a really fun one to do. Whenever I do this one, I can always see people in the audience saying 'Oh I know this song!' With radio success, distribution, and quite a bit of touring ahead, Chelsie stays predictably sane among all this, with a clear vision for what God has planned for her. 'I feel my ministry is all about inspiring other people to use their talents for God. That's why I sing for crowds as small as 10 people to as many as 1,000 or more. You never know who is in the audience waiting for someone to boost up their courage a little and show them what life is really all about.'

Here's what you say about
Chelsie Boyd - Enter in.