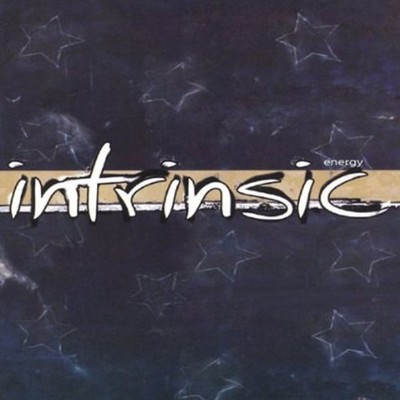 (ìn-trìn'-zìk) 'Of or pertaining to the essential nature of a thing' mission statement 'energy, sincerity, clarity of vision, creativity' biography Intrinsic hails from the small southern college town of Murfreesboro, Tennessee, home of Middle Tennessee State University. It was the recording industry program at MTSU that lead the four colleagues together. Founding members Sage and Chad became friends while working at a local recording studio and began crafting fun, yet emotional, alternative pop songs together. With Sage growing up in East Africa and Chad living most of his life in the southern U.S., their styles collided to form an exciting and unique dual lead-vocal sound; a sound influenced by the likes of Weezer, U2, and Third eye blind. After completing the line-up in late 2002 with the addition of Kevin, (drums), and Chris, (bass), Intrinsic recorded and produced a several song demo to garner more label and commercial support. This, shortly there after led them to the creation of full length album '...energy' released on thirtythree records on August 13th 2003. Kevin was later replaced by Jason on drums in mid-2003, after a clash on several different aspects of where the band was going. 'We are strong believers in the power of a great song. That's why skillful writing, energy and emotion are the most important aspects of our music,' beams Sage. Chad adds, 'the only essential factor that allows our music to reach as wide an audience as possible is that listeners continue to want variety.' On the performance side, Intrinsic delivers a tight and powerful live show. They understand what it means to be performers, and pride themselves on their ability to engage an audience. With the exception of taking some time off to record their new album, Intrinsic have been playing out as much as possible since the end of 2002. Intrinsic don't want to be the saviors of rock n' roll. They just want their artistic expression to touch people on a deeper level. In a business where egos and money are king, Intrinsic are a grounded group that makes music for the sake of making music.

Here's what you say about
Intrinsic - Energy.