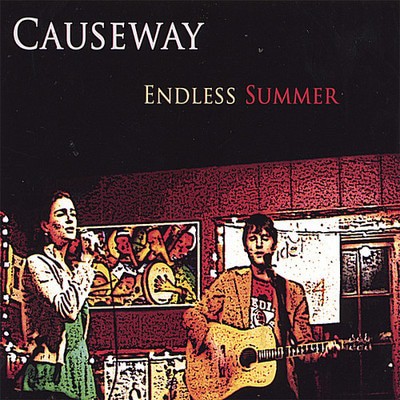 Barbara Pecirep and Zach Hurd started writing and singing together at Wheaton College in Massachusetts in the fall of 2002. Before they'd graduated, this duo had established themselves, performing their original music on campus for a growing following of their peers. Two weeks after graduation, they were playing at The Bitter End in New York where legends like Bob Dylan and Joan Baez had started out. Early characterizations of their music included comparisons to that of James Taylor and Joni Mitchell. Another early review suggested... "Their music blends the best sounds of the 1960's and 70's with a delivery that is as fresh as the new century their music generates through.' Under the working name of Stop 186, Barb and Zach recorded and released a four song demo and then followed that with an acoustic full length CD (Parallel Lines). They promoted their music with further performances at The Bitter End and at other NYC club venues like the Living Room, Crash Mansion and Arlene's Grocery. When asked to describe the music they write, arrange and play; Zach answers, 'We're more interested in connecting with the feeling of our music rather than seeking out any particular style.' Barb refines it by adding, 'We hope that we are renewing a musical legacy through the combining of our perspectives and the clarity of our performance. We want to be as honest as possible...fully putting who we are on stage.' Zach concludes, 'We want to build real lasting connections with our audiences.' It was perhaps symbolic to these 'connections' that the duo renamed itself, a year after getting started, Causeway. They have appeared on stage with the likes of Amos Lee, Gavin DeGraw, and Tyler Hilton. In most recent accomplishments, they worked closely with nationally known artists John Hiatt; Michael McDonald; and Nashville producer and writer, Don Cook. They have also toured and performed at a variety of venues, from the New Haven Folk Festival, to Evolving Artists T.V., to showcases at the NACA Conferences. Their music has appeared live on many radio stations, including WFUV in New York. Causeway's newest album, 'Endless Summer', was produced and recorded independently. Early reviews endorse it as '...Causeway's most creative and best sound to date. It is the next stage in their evolution of new and nostalgic.'

Here's what you say about
Causeway - Endless Summer.