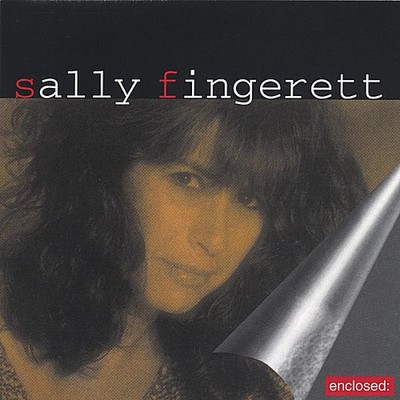 'Enclosed is a fine debut album. Take a risk. She's worth it.' PLAYBOY 'Sally Fingerett possesses both a brassy disposition and the pipes to make you believe it.' CHICAGO READER 'A talented guitarist, Sally Fingerett is spunky, engaging, and gifted...blessed with a strong voice and a keen facility for the quick, catching turn of phrase' DAILY RECORD NORTHWEST NJ 'A breath of fresh air, light and lively, and wonderfully talented' WINTER HAVEN NEWS FL 'What is Sally Fingerett about? Intelligent, lyrical songs, nimble fingered guitar and piano stylings and a lilting voice that skips down the path of lovely melodies. Fingerett is surely one artist we'll be hearing more about in the coming years.' THE PERFORMING SONGWRITER MAGAZINE Originally released on vinyl, Sally's debut recording showcases her writing and musicianship as she plays her guitar in a multitude of open tunings, and serves as her own studio piano player, while arranging intricate background harmonies. This is the recording that folk legend Christine Lavin discovered, asking Sally to join her, Patty Larkin and Megon McDonough to 'do a few shows together,' thus becoming The Four Bitchin' Babes back in 1989. Who knew? Sally's discography includes four other solo CDs - UNRAVELED (1990 Amerisound), GHOST TOWN GIRL (1993 Amerisound)MY GOOD COMPANY (1998 Shanachie), A WOMAN'S GOTTA DO HER THING (2004 Shanachie), a 'BEST OF' collection spanning Sally's years as a composer/producer/AND performer. Since those early years as a member of The Four Bitchin' babes, Sally' solo appearances include the Putamayo Songwriters Fest at Carnegie Hall, NPR's Mountain Stage, World Cafe and Michael Feldman's What'd'ya Know. As a live touring performer, she's traveled from the 'Blues by the Moon' stage in San Francisco to NY's Bottom Line to the Vancouver Folk Fest and all across North America. Her anthem AIDS piece 'Home Is Where The Heart Is' has been recorded by Holly Near & Ronnie Gilbert, as well as Peter, Paul and Mary,on their 1995 'LIFELINES' CD, and she was a featured guest in their 'LIFELINES LIVE' PBS special. Sally is not only a winner of the 1990 Kerrville (Texas) Festival Award for songwriting, but has been chosen to judge the contest for 2 years running. Invited to perform as guest actress with the National Touring Company of The Vagina Monologues for eight sold-out shows, Sally's artistic accomplishments aren't just for the stage. Her essays and fiction have been published in LIFE'S A STITCH (Random House), COLUMBUS MONTHLY and other periodicals. Music is her first love. No doubt.

Here's what you say about
Sally Fingerett - Enclosed.