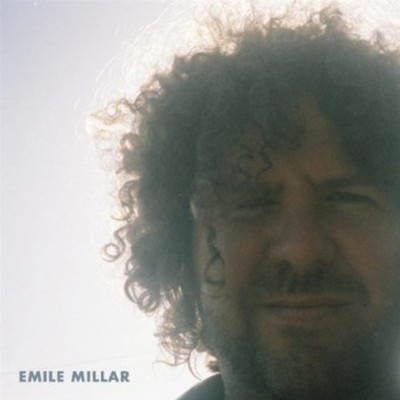 EMILE MILLAR Like any good surfer, Emile Millar is ready to make waves. The singer-songwriter's self-titled EP, due Nov. 5 on Big Bend Records, is his latest foray into musical waters that include a previous LP, Neighbors, and multiple contributions to film and TV soundtracks. Millar's new five-song collection was written in just a week, the result of a burst of creative inspiration that rejuvenated his songwriting. Recorded and produced by Brian Standefer (Micky & the Motorcars), who also contributed cello and keyboards, Emile Millar is full of captivating songs and characters brought to life by Millar's empathetic lyrics. The heartbreaking "Just Like It Seems" was inspired by an encounter with a homeless woman; "Having It All," a ballad anchored by piano and cello, tells the story of a woman whose Cartier earrings and matching BMW can't keep sadness at bay. Emile Millar also draws listeners into a dark and dreamy soundscape with "The Wait." The track, "One Is Enough," is a hopeful folk-rocker that urges, You've gotta try sometime ... keep the faith, keep the dream alive. Though Millar now calls Austin home, he's still a California boy at heart. The Santa Barbara native remains an avid surfer, and his music incorporates Laurel Canyon influences including Buffalo Springfield, the Byrds and Jackson Browne. His parents grew flowers on Hollister Ranch, and a parade of hippies, cowboys and musicians came through their house on a daily basis, bringing with them LPs that would serve as the foundation of Emile's own music. He learned to play an old nylon-string guitar and later performed in several touring acts before striking out on his own in 2003, spending a decade honing his sound as a solo artist. Millar describes his music as "alternative soft-rock," a genre-blending sound that combines eclectic influences ranging from Nick Drake and Electric Light Orchestra to Wilco and Gerry Rafferty. Millar is a prolific composer for film and television; his music has been featured in The Avengers, Waitress, Sunshine Cleaning and One Tree Hill, among others. His song "Honey, I'll Try" is included on Parenthood (Original Television Soundtrack) Volume 2, the second soundtrack edition from the acclaimed NBC series, releasing Oct. 8. Millar's song appears alongside those by Lyle Lovett, Edward Sharpe & The Magnetic Zeros, Brett Dennen, Glen Hansard and Greg Laswell, plus many other esteemed artists. Also a sought-after producer, if Millar's not onstage or on the road, he's working in the studio. Unless, of course, the waves look good.