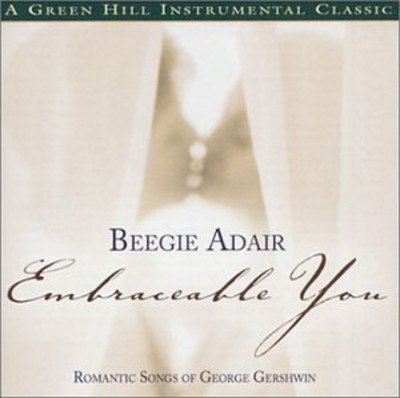 Once in a while a musician comes along with impeccable technique, deep understanding of the jazz repertoire, an innate tendency to swing and the rare ability to communicate the heart and soul of a tune to listeners. That musician is Beegie Adair. About her music Adair says, "Falling in love with jazz is like falling in love with a person, except with jazz you never get over it." About Beegie (say B-G) Adair, what do others say? Jazz great Helen Merrill salutes her "inventive jazz sense, her wonderful sense of time and improvised melody." Christopher Louden of Jazz Times magazine says Adair is "an accomplished artist with a delicate touch." The Los Angeles Times calls her music "Elegant." Entertainment News writes, "Beegie Adair is one of the finest piano players in the world." Intrigued? So are thousands of jazz fans, who agree with critics about Adair's sophisticated and listenable jazz performances, and who have made her recordings among the biggest sellers in the jazz world. Citing George Shearing, Bill Evans, Oscar Peterson and Erroll Garner among her influences, Adair has recorded 24 CDs, ranging from Cole Porter standards to Frank Sinatra classics to romantic World War II ballads. Her 6-CD Centennial Composers Collection of tunes by Rodgers, Gershwin, Kern, Ellington, Carmichael and Berlin became an instant collectible classic when it was released in 2002. Kentucky born and raised, Adair lives and records in Nashville - something of a surprise to people who associate the city solely with country music. In fact Nashville lives up to it's "Music City" nickname by hosting a vibrant jazz scene, in which she has been a leading light for decades. A sought-after studio musician in her early days there, Adair accompanied such legendary performers as Chet Atkins, Dolly Parton and Johnny Cash - and also worked with Lucille Ball, Dinah Shore, Mama Cass Elliott and Peggy Lee. Her guests on Improvised Thoughts, Beegie's radio talk/music show on the local NPR affiliate, included such greats as Tony Bennett, Joe Williams, Marian McPartland, Benny Golson and Helen Merrill. She has guested on McPartland's Piano Jazz show and has performed with Nat Adderley, Bill Watrous, Lew Tabackin, Terry Clarke, Urbie Green and Jim Ferguson, among many others. When she's not in the studio or appearing in clubs and concert halls around the country, Adair wears a variety of hats, from adjunct professor at Vanderbilt University to teacher and mentor at the Nashville Jazz Workshop. Recently she co-wrote and scored an innovative theatrical production, Betsy, which in April 2006 premiered off-Broadway in New York. She has recorded eight projects for Village Square Records in Nashville; her most recent CDs are Sentimental Journey, a popular collection of World War II-era songs, and a solo piano recording, Quiet Romance. She performs solo and with the Beegie Adair Trio, whose members include drummer Chris Brown, a veteran of the Maynard Ferguson ensemble, and bassist Roger Spencer, who has played with the Les Brown Band, Ray Conniff, the Page Cavanaugh Trio and Pete Jolly. They are, she says, "my main guys. They're so tuned into the way I visualize music that it's effortless to play with them." In clubs and concert venues from Los Angeles to New York, Beegie and her "main guys" win kudos from audiences and critics alike who appreciate her unique take on classic jazz. She fell in love with the music a long time ago, and indeed she's never gotten over it -- a love affair the jazz world is much the better for.

Here's what you say about
Beegie Adair - Embraceable You.