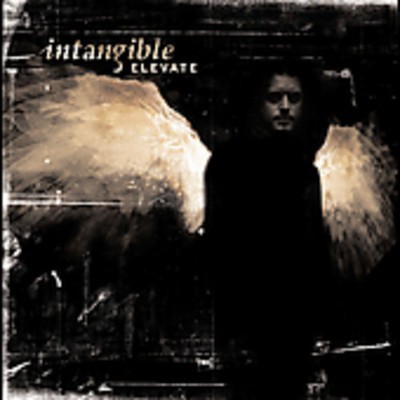 In the wondrous days before the arbiters of fashion hijacked pop music, FM radio marched to the soulful rhythms of a music so timeless, fans would ultimately dub the sound 'Classic Rock.' Singer-songwriter Justin Wright grew up in the thrall of that music, his ear veritably pressed to the radio, soaking in the nuances that made those songs so powerful, so magical, so meaningful. Now, with the release of his debut album Elevate, Wright and his band Intangible triumphantly evoke the spirit of album-oriented radio while allowing for a decidedly contemporary approach. Self-produced by Wright and featuring the lead single 'Those Around You.' Elevate showcases 11 original compositions where dreamy, pop-inflected melodies give way to explosive choruses that resound like rock 'n' roll sermons from some mythic Olympian mount. 'It's kind of a bold-sounding record, in it's way,' Wright admits when asked about Elevate's crowd-pleasing melodies, impressionistic lyrics and clear, crisp production. 'It's the first album...and it evolved inside of an unbiased circle of space'. The result of that freedom is an album that makes no apologies for it's sumptuous, hard-rocking accessibility. Accompanied by drummer Sergio Gonzales, bassist Kevin McCormick and the remarkably versatile guitarist Bruce Watson, Wright's classic rock penchant is evident on tracks like 'Release,' 'Lean,' 'Anything Real' and 'Brown.' But Elevate also reveals the folkier side of Wright's musical character, in the haunting melodies and organic arrangements of tunes like 'Search,' 'Winter Song' and 'Hollow.' Throughout, Wright delivers impressive vocal performances that explore the uncharted territory between post-grunge and soaring album rock heroics. Wright comes by his classic rock proclivities naturally. The son of keyboardist and rock pioneer Gary Wright (of 'Dreamweaver' and Spooky Tooth fame), Justin was raised in the company of musicians like adopted uncle George Harrison, as well as Jeff Lynne, Peter Frampton, Mick Jones, Stephen Stills and Yes vocalist Jon Anderson. From these and other rock 'n' roll elders, the young Mr. Wright seems to have picked up an uncanny harmonic sensibility, not to mention an authoritative composing and arranging talent that helps separate Intangible and Elevate from the modern rock pack. At the heart of these superbly crafted tracks are lyrics steeped in mystery and curiosity. With it's metaphorical allusions to lies and thieves, 'Lean' is Wright's deeply impressionistic take on American imperialism. Written from the wreckage of a failed relationship, 'Release' finds Wright grappling with his own neediness--his 'somehow needing more...of something I can't swallow.' On the unusually-metered 'Those Around You,' Wright delivers stream-of-consciousness lyrics only to arrive at the spiritual question: 'Do you believe in only those that are around you? Could you believe in something calling from within?' Wright says, 'In many ways, the lyrics on this record are about overcoming conflict. I think being positive is important...but I also believe in meaningful lyrics, because life is not always some big and happy place. I just try to stay true to what I'm writing about and deal with all these emotions. That's why I called the album 'Elevate.' It's my way of saying, 'lift yourself from those situations. Rise above'.' For Wright, the lyrical exhortation to heed the 'calling from within' rings true. Behind Elevate's 11 tracks is an inspiring story of how one man discovered himself through music. Born in London, Justin Wright moved to the States with his family when he was 3 years-old. Though music was always the focus of his life, he struggled, like most artists, to find his unique musical voice. The journey to discovering that voice officially began in 1999 while Wright was living in San Francisco. Sidelined with a leg injury, the singer-guitarist began composing and recording original songs, including the introspective rock ballad, 'Blame.' Impressed with the demo, Gary Wright encouraged his son to move to Los Angeles to pursue music full-time. During the subsequent three-year period, Wright composed the songs that would comprise the Elevate album. Free from record company dictates, Wright was allowed to create and record simply for the commendable sake of discovering his own musical truth. 'It was a great time,' Wright recalls of the period from 2000 to 2003. 'I honed my writing and learned to use computer recording software. There was nobody telling me what to do. It was the sort of creative atmosphere every artist dreams about.' Wright and his bandmates received an unambiguous vote of public confidence in 2004 when Intangible was named 'Rock Band of the Year' at LA's South Bay Music Awards. Soon after, the band released the 'Elevate' EP, a sampler designed to tide fans over until the album was completed. Now, with the release of the full-length Elevate album, Justin Wright concludes the first leg of his exploration into musical self-discovery. 'Some people are genuinely surprised when they hear this record,' Wright says, referring to the album's disarming harmoniousness. Listen...and experience the surprise for yourself.

Here's what you say about
Intangible - Elevate.