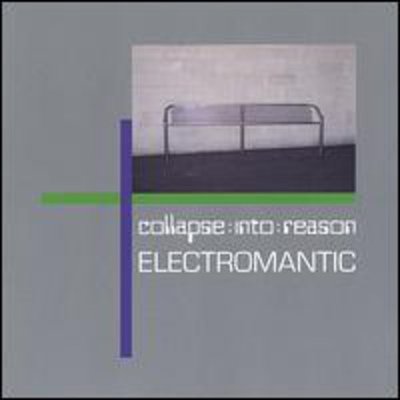 The electro-goth collaboration between programmer Ian Reyes and vocalist Scott Francis consistently delivers electronic dance music steeped in pop sensibility. The duo's engaging multi-media live show is out-done only by the vibrance of their songs on record. Since their inception, CN2R have independently produced three full length albums, appeared on three internationally distributed compilations, and shared a stage with acts including My Life with the Thrill Kill Kult, Pigface, The Crüxshadows, Croc Shop, Bella Morte, Chris Connelly, Meg Lee Chin, Ego Likeness, Combichrist, Anders Manga, Genitorturers, Orgy, Type O Negative, and Ministry. Beginning in 1999 as an industrial-rock outfit, Collapse into Reason have since honed a sound that is simultaneously morose and upbeat. Forming in the midst of what was then a flourishing heavy metal scene in New England, CN2R gained recognition by virtue of their danceable beats and irresistible melodies. With the independent release of the first full-length album, the band found themselves playing more often in regional goth/industrial clubs than in local rock venues. The follow-up album, Letters Never Sent, was both a farewell to the band's rock roots as well as a means of settling in to their new positions as favorites of the area's dark dance scene. Today you can hear the fruit of these years in transition. With all the benefits of lessons learned in the studio and on the stage, Reyes and Francis now offer up their most well-focused and appealing material to date, Electromantic. Whether on record or in performance, CN2R present a studied alternative to the comparatively staid strands of electronic music pervading today's gothic and industrial culture. Reviews of 'Electromantic': 'Collapse into Reason seems to be fighting a two-man battle against the stale servings of electronic music drowning the underground airwaves these days. They seem to be off to a very good start with their third release. Scott Francis has a beautiful alto-voice that he exercises incredible control over, backed by the sharp staccato of their keyboard tracks. He has every bit of the passion of Apoptygma's vocalist, and is vaguely reminiscent of Camouflage, without sounding like a Depeche Mode cover group. This is a fairly addictive-sounding release that is passionate, sensual, demure, and danceable. 'It all begins and ends with electricity.' - Gothic Beauty, Issue #20 "The duo of Scott Francis and Ian Reyes create an elegant mixture of catchy synthpop and club friendly ebm, that sounds fresh and new, and not a sterile copy of what countless bands are flooding the scene with. The vocals are smooth and hypnotic as well being strangely reminiscent of another vocalist who I can't put my finger on. This mixed with the quirky, dreamy electronics and enticing beats are a sure fire winner. This will have the dance floors packed no doubt!" - Movement Magazine, April 2006.

Here's what you say about
Collapse Into Reason - Electromantic.