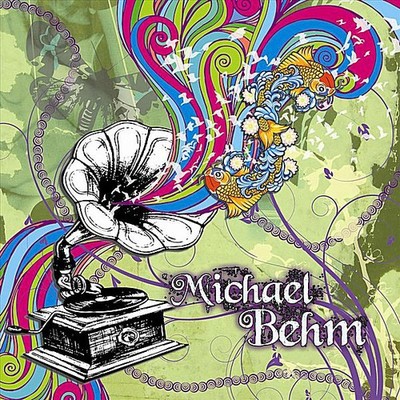 MICHAEL BEHM Eargasm If Michael Behm was any more rounded as an artist and music entrepreneur, he would bounce! The Vancouver Island-based Behm really can do (and has done) it all. He has run successful live venues and nightclubs in Canada and the Caribbean, founded one of Canada's major sound and lighting companies, Premier Productions, promoted concerts by such major acts as Nickelback and Nazareth, and hosted international recording artists in studios he has owned. In recent years, he has focused most of his boundless energies on creating music, as a singer/songwriter, composer, multi-instrumentalist, and producer. A highly prolific writer and producer of music, he estimates he has completed more than 100 compositions over the past year. These range from instrumental tracks destined for use in film and television to songs that are being used by artists in genres as varied as country, hard rock and r 'n b. Behm compositions can be heard daily on outlets ranging from The Speed Network to The Food Channel. They have been licensed in large numbers to MTV and Comcast (a major producer of U.S. TV shows), and his songs have recently been placed on Let's Make A Deal and American Idol and created for an Australian TV documentary on the life of AC/DC singer Bon Scott. Then there are the tunes written with Michael Behm, recording artist, in mind. In recent years, these have received a phenomenal amount of online exposure. Plays on numberonemusic now tally 1.97 million, with Jango registering 391,088 plays and 8,059 fans in the last six months alone. Behm keeps adding new weapons to his already formidable songwriting arsenal. He has been co-writing with some of the best and most experience tunesmiths in the business, including Ron Irving and Ralph Murphy. The fruits of those collaborations can be tasted on Eargasm, a compelling collection of the very best of his recent material. Michael's reputation amongst his peers is such that he can call upon A-list producers, songwriters and musicians all around the globe to work on his projects. His new single, "Bad To Good To Great" is a striking example of this, as Michael explains. "It's a co- write with an L.A.-based songwriter I met there, Alexander Adhami. He writes a lot of film scores, and we wrote the song together via Skype. Alex played some piano, cello and guitar, while I played acoustic guitar. I had the strings scored by Christian Howes at Berklee, slide by Bruce Bouton in Nashville, and there's some backwards guitar by U.K. guitarist Steve Morris. That song has elements from three different countries and five different studios. "We do what it takes to get the track right." All involved certainly did get it right. "Bad To Good To Great" is a melodic power pop ballad augmented by subtly Beatlesque production touches and playful lyrics ("in your red V-neck sweater you had me right there, we had to be together"). Michael Behm Eargasm is packed full of such gems. The filler-free album includes such recent fan favourites as "Love's Like Numbers," the ecologically- inspired "The Remaining Go," "Modern Day Tragedy" and "Where I Belong," alongside brand new tracks sure to catch the ear. As a vocalist and songwriter, Behm is equally convincing on sweetly melodic tunes like "On Your Birthday" and the heartfelt "Those Things You Say When It's Over" and the more aggressive big rock sounds of "It's My Time" and "To Be Cliché." This is a record any lover of well-crafted, melodic and passionate pop music should have in their collection. For more information, contact [email protected]

Here's what you say about
Michael Behm - Eargasm.