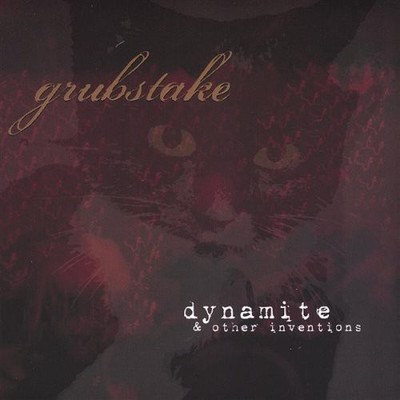 Grubstake plays stripped down lo-fi swamp rock fueled by punk sensibilities and roots-boogie. Their music defies categorization, and creates a new sound that cuts through genres like a hot knife through milkbutter. Critics continue to compare Grubstake's work to an expanding array of musicians, such as the White Stripes, Beck, Captain Beefheart, P.J. Harvey, Neil Young, the Meat Puppets, Mungo Jerry, Alice Cooper, the Pixies, post-Zep Robert Plant, the Jon Spencer Blues Explosion, Mr. Airplane Man, Pavement, and Gogol Bordello, to name a few. This is the group's 3rd album, and sees the band pushing further into their own sonic landscape by adding acoustic guitars and help from a number of local Boston area musicians to the mix. The Boston Weekly Dig writes, 'Like Andy Warhol attempting an Impressionist portrait of Elvis, Grubstake manages to mix the humor of Ween, Richard Hell's punk snickers and the 'droupout blues' of early Captain Beefheart and his Magic Band with charm, skills, and reckless abandon.'

Here's what you say about
Grubstake - Dynamite & Other Inventions.