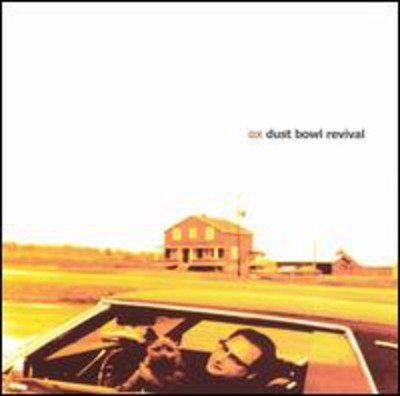 From the long, hard running American interstate comes the latest incarnation of alt-country anti-hero Mark Browning. With disdain for the singer-songwriter stereotype and a spirit of collaboration, the collective 'Ox', has become Browning's new voice for the deconstructed pop song and the anthem of the musically disenfranchised. The concept is plain, reflect the hardness of this land, the spirit of the folks living on it, and blow it out like diesel exhaust. After all, it's only rock & roll. The debut Ox: DUST BOWL REVIVAL (to be released December, 2002) is a collection of studio weary fragments, fragile masterpieces, sonic accidents; a candid album in the truest sense. Recorded live to analog tape and spliced cassette demo recordings made across the mid-west, DUST BOWL REVIVAL is literally, a record of a record; a behind the scenes look at recording an album. Production, exposed; a musical affirmation that the air in the room is part of the song, that space is part of the song, that the musical scaffolds of count-ins and tube-amp hum are part of the song... that the song, is only a part of the song. 'Headlining Vancouver songman Ox plies a sensitive but scuffed, delicate but twisted variant on the cracked alt-country thing. On the evidence of a forthcoming album, 'DUST BOWL REVIVAL' he is a significant talent.' Ross Fortune, TIME OUT, LONDON UK.

Here's what you say about
Ox - Dust Bowl Revival.