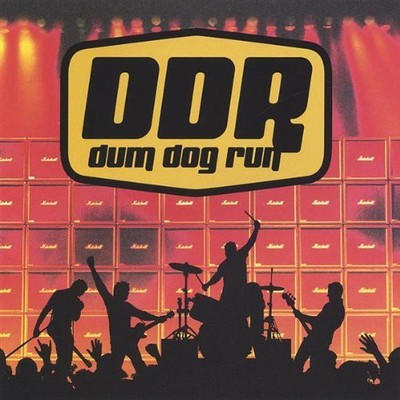 Featuring Rick Altizer WHERE DO YOU GET YOUR ROCK??? It's an important question to those who love loud guitars through Marshalls, pounding drums, soaring vocals, and thumping bass. It's also the most interesting question to the true rock connoisseur... WHERE DO YOU GET YOUR ROCK? ...because 'Rock' comes from many places and faces. The members of Dum Dog Run want you to think about a couple of things...If you were ordering a steak, who would you want to cook it? If you were building a house high on a cliff, who would you want to build it? If your family needed medical attention, whom would you want to provide it? To be sure, these are extremes, but what are you thinking about right now...a 'cook' fresh off the streets dumping Heinz 57 on a prime cut of meat; a scared young builder who'd never put together more than a tree house staring at your cliff side home plans; or maybe a pimple faced Doogie Howser type grabbing a scalpel with a shaky hand and heading towards you or someone special to you. Maybe this sounds a little better: A seasoned chef preparing the perfect dinner; a respected pro building that dream home; or a top notch, experienced surgeon using a steady hand to extend your quality of life! So now, WHERE DO YOU GET YOUR ROCK? Dum Dog Run was formed by four guys with years of writing, touring, playing, singing and experiencing ROCK. Rick, Jade, Kyle, and Mickey have seen trends come and go. They've seen the latest and greatest band of newly formed rock gods disappear in a haze of drug-induced fury long before they were of legal drinking age. They've seen different musical styles come and go...but each has seen fit to stay the course of Rock and Roll and now with the release of Dum Dog Run's new self titled CD, DDR is delivering the GOODS. Sixteen tracks of wall-to-wall guitars, smashing headlong into the most melodic sing along rock you've ever found yourself screaming along with... It's time to get your rock from the right place. It's time to leave out the mood swings, parent based anger, and adolescent crap that have characterized 'Rock' for the last decade and a half. When someone asks you... ...WHERE DO YOU GET YOUR ROCK? Give them one answer and one answer only: I get my ROCK from Dum Dog Run! ***Dum Dog Run is writer/producer and former Warner/Chappell staff writer Rick Altizer on vocals and guitar, Believable Picnic and Luxury Stars vet Jade Hanson on guitar and vocals, former Bigger Than Dallas drummer Kyle Johnson and ex Bigger Than Dallas/ Foot Long Hog bassist Mickey Ryan. The members of Dum Dog Run do not touch or even look at keyboards and will not allow them on recordings or during live performances (even offstage like they were in the 80's).