Florida - Drum Solo on the Bumpers 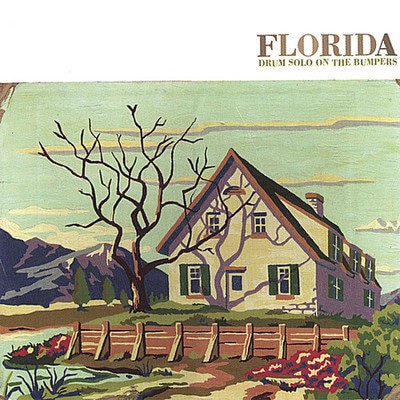 Perhaps the most enigmatic rock band of the twin cities of Minneapolis/St. Paul, Florida's four members first began performing together in 1997. The group self-released two albums of unique, deceptively complex pop/rock: 1997's somewhat rough-edged Golden Sun Songbook, and 2000's smoother-sounding Drum Solo on the Bumpers. While the young band made some predictable missteps (which actually worked more in the band's favor by enhancing their seemingly off-the-cuff brilliance), both records remain superlative examples of pop and rock songwriting. Contemporaneously fun, poignant, and timeless, they remain largely undiscovered gems. Florida are a band unencumbered by any artistic pretensions or ego; the group shares songwriting and lead vocal duties, with guitarist Tony Mogelson supplying the majority of the songs. Amazingly, all four musicians display an uncanny ear for melody and a knack for creative playing. All are capable vocalists, and both albums featured three-part harmonies and well-placed brass accompaniments -- Florida's immediately recognizable trademarks. Florida's second release, Drum Solo on the Bumpers, continues where their first LP, Golden Sun Songbook, left off, by making a few improvements. The impressionistic lyrical imagery and brilliant songwriting are still intact, as are the inspired performances, but the album boasts a more polished studio sound than it's predecessor. The band also laid off of the brass flourishes of their first album in favor of vibraphones and organs, which were expertly integrated into Florida's singular style. Even after making these adjustments, the aforementioned 'style' remains more of a personality than a sound, an entity greater than the sum of the band's four parts, which is, to some extent, malleable. To wit, the songs that make up Drum Solo are world-wearier than those on Golden Sun Songbook, the feeling of which, oddly enough, contributes to the feel-good quality of the album -- it's confident and redemptive. With only two albums recorded and released in four years, fans of the band will always be pining away for a new record. In the end, Florida expertly employed the first golden rule of rock & roll -- always leave them wanting more. - AllMusic.com.

Here's what you say about
Florida - Drum Solo on the Bumpers.