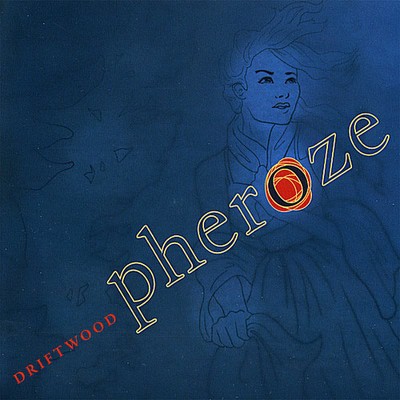 Reviews: Is there really a 'Bollywood Chris Cornell,' as Pheroze's fans likened him in his last band, Namanista? Perhaps! - given the former Century Media hardcore metal band Scar Culture frontman's first solo LP. Want multi-influence? How 'bout a New Yorker born in England of Indo-Persian roots, raised in draconian Saudi Arabia by Zoroastrian parents (a religion of Iran-India that preaches order over chaos and good works based on the prophet Zoroaster) who loves classic rock? Pheroze puts that unusual background to work, playing everything but drums, and howling like a Eastern-transposed Ozzy Osbourne - Cornell - Ian Anderson - Freddie Mercury - Bruce Dickinson - Frank Zappa banshee, like a metal opera singer. But his music isn't modern metal, it's the early '70s more heavy-blues-gone-bad antecedent, only with middle eastern tones a plenty, like an LP of bastard sons of Zozo's 1975 opus 'Kashmir.' - Jack Rabid, The Big Takeover, Issue #62 Bio: One listen to the impassioned, fiery sounds that emanate from Pheroze's core and it's quickly evident that there are no trappings with the music he creates. Lush songwriting and a soaring voice pull together in a seamless vision - that is an ethereal journey unto itself. With over ten years under his belt as a professional musician and songwriter, Pheroze has taken the production helm on his debut solo album, Driftwood. With the exception of drums, Pheroze played all instruments on the record, including exploring his Indo/Persian roots by incorporating the esraj, sarod, and gopichand. Mixing was done under the masterful ear of Nick Cohen (Redman, Ill Nino, Brian McKnight, 40 Below Summer). The end result is an album born of cross-style agility and passionately theatrical ebb and flow. Born in London, England to Zoroastrian parents, Pheroze's childhood was divided between the strict rigidity of Saudi Arabia where his parents worked and the abundant sights, smells, and sounds of India where his grandparents lived. The various cultural immersions lend a naturally distinctive worldly inflection to his voice. "I grew up with the whole Bollywood scene at the same time as my mother was blasting Prince, Black Sabbath, and Queen in the house. Freddie Mercury was a fellow Zoroastrian, so she was hell-bent on him being part of my upbringing". As a twelve-year old in fundamentalist Saudi Arabia, Pheroze took some huge risks to embrace his musical heritage. He decided to sell contraband copies of 'Penthouse' magazine to anyone who would buy them for a steep seventy bucks a pop. "I really wanted a guitar, and porn was illegal where I lived", smirks Pheroze, "So it just made sense to take advantage of the horny kids there. In retrospect, probably not the greatest thing to do in a country that punishes that kind of stuff by cutting off people's various appendages". In 1997, Pheroze ventured to New York City and absorbed the thriving music scene that surrounded him. He fronted and managed the acclaimed hardcore metal band Scar Culture, leading them to a worldwide record deal with Century Media Records and releasing "Inscribe"- an album which MetalReview.com describes as 'a psychological roller coaster ride through the mind of a madman'. Pheroze's intense and captivating stage presence was the talk of Scar Culture's live shows as they toured extensively with such scene contemporaries as Killswitch Engage and Shadows Fall. Pheroze eventually felt he had outgrown Scar Culture and left in 2003 to pursue music that more closely resonated with him. He found brief periods of that resonance with local New York bands Earthbound Smoke Ghost and Namanista, which featured Pheroze as their dominant songwriter. Pheroze's songwriting in Namanista was warmly embraced by Indie radio - 90.7 FM WTCC defined their EP as 'Music with a very urgent and emotional feeling to it' - and the audience at their shows likened Pheroze's vocal style to a 'Bollywood Chris Cornell'. Despite the accolades he found in his bands, Pheroze felt the need to turn his attention to nourishing his solo material. From the salsa infused groove of Driftwood's "Never Lie to the Pavement" to the percussive tribal yells of "Killer Whales", through the forlorn swirl of "Venus Cried" to the hopeful awe of arena anthem "Daydreams", Pheroze's music stirs the bare soul and inspires the esoteric mind. "I write for illumination - mine and others. If people's humanity and spirit are moved by the music I create, then risking my appendage to buy a guitar all those years ago was worth it."

Here's what you say about
Pheroze - Driftwood.